I was photographing subjects I found on the underside of willow bark which is normally flat on the ground.

I became aware of a “large”, pale grey hemipteran bug walking into focus. It looked very much like an aphid but at about 5mm long couldn’t be. Aphids tend to be 1 to 2.5mm.

I struggled to keep it in the frame for some flash-lit (freestanding) shots, of which only two were usable. The second one here has been quite severely sharpened to show the features of the insect. This individual has lost most of its right antenna.

The small black spine is a cornicle, of which all aphids have a pair laterodorsally on the rear of the abdomen. The larger one is an unpaired structure on the mid-dorsal line.

I consulted my insect book and something with very similar appearance, but looking smooth and shiny, was the best I could do. (I now know it was the correct choice).

Eventually, I managed to identify it as the Giant Willow Aphid and it seemed to be not quite full grown! It is said to be the largest of all species of aphid.
There is a lot of willow in that part of our garden but, having examined the detached bark several times a week for several years, I have never seen this species before. This is the apterous (wingless) form. The winged form would never have fitted in the frame. Willow is deciduous so I couldn’t search foliage for more specimens.

I will be looking out for this species when the leaves emerge next spring. 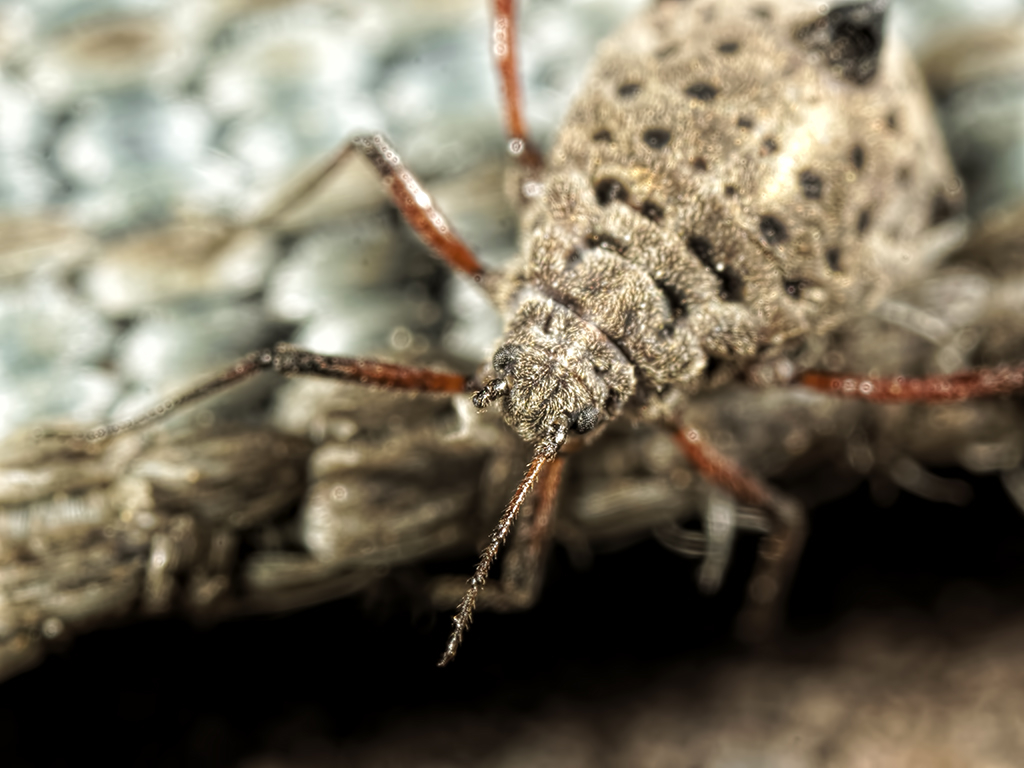 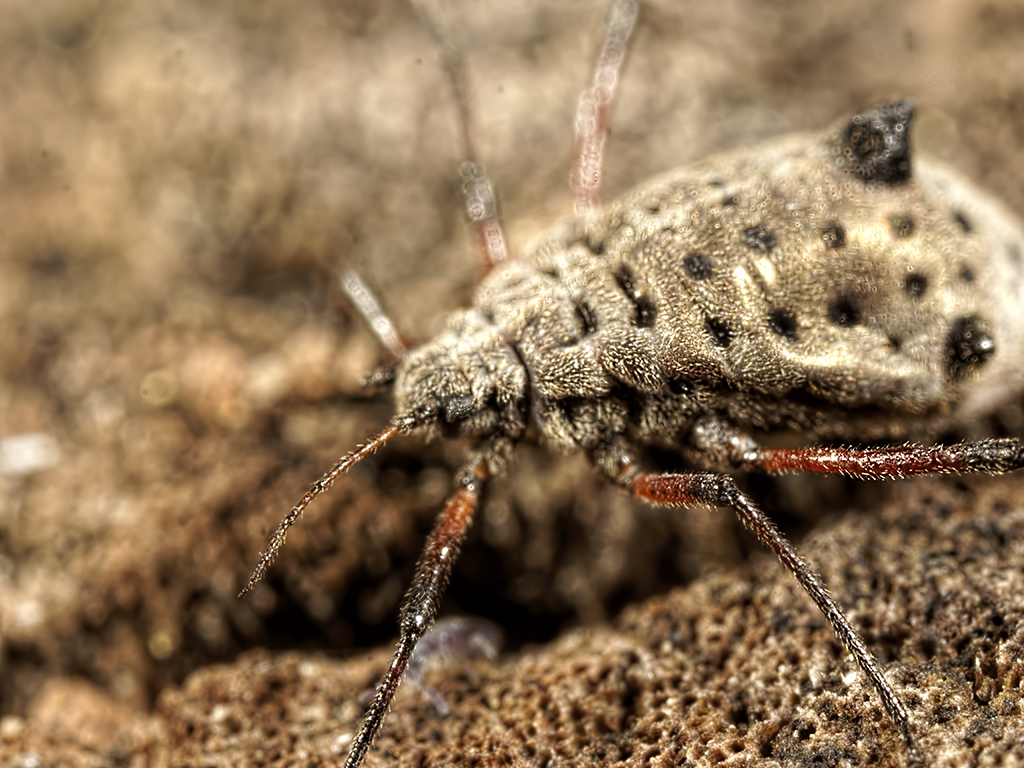