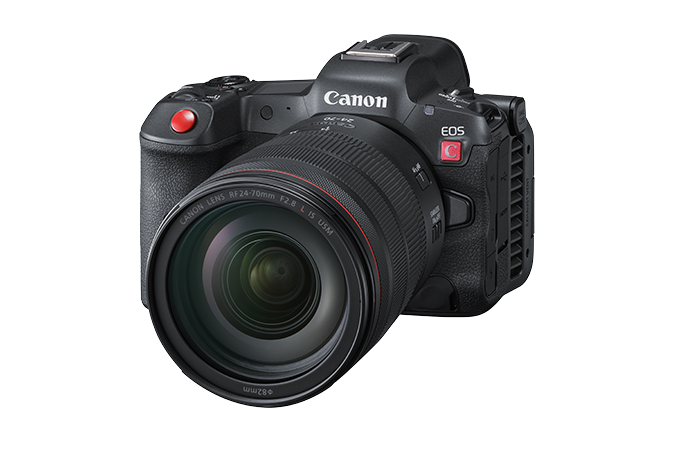 EOS R5 C Full-frame, 8K Cinema EOS System Camera
Compact and lightweight, the EOS R5 C is a true hybrid camera, boasting many of the video formats and features from the Cinema EOS lineup as well as many of the still-imaging capabilities of the EOS R5 camera in a beautifully designed body.

The EOS R5 C is a complete package that offers filmmakers, multimedia journalists, and advanced amateurs a cost-effective 8K, 4K, and FHD video camera to help unlock their creative potential.

Yes, this is a "cinema camera" in every sense of the phrase. It is the "long-format" version of the EOS R5 Mirrorless camera. It's also a competitor for the: