This is similar to T. mesenterica. Both are found in winter. When not actively growing, it forms a crust resembling the shell of an oyster, shown in some of these images. Both species are parasitic on trees.

They tend to have debris firmly stuck to them. The first colony was well above ground level but had much more than the one found close to ground level.

Crosseye and conventional stereos are provided. 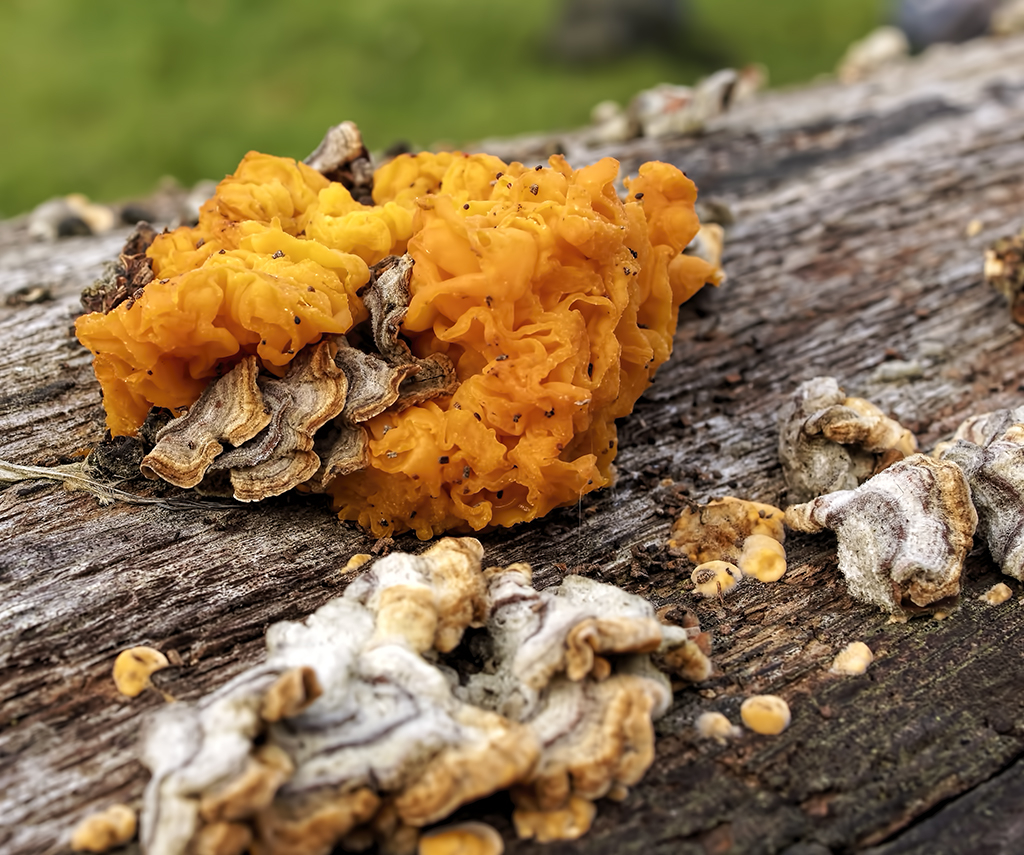 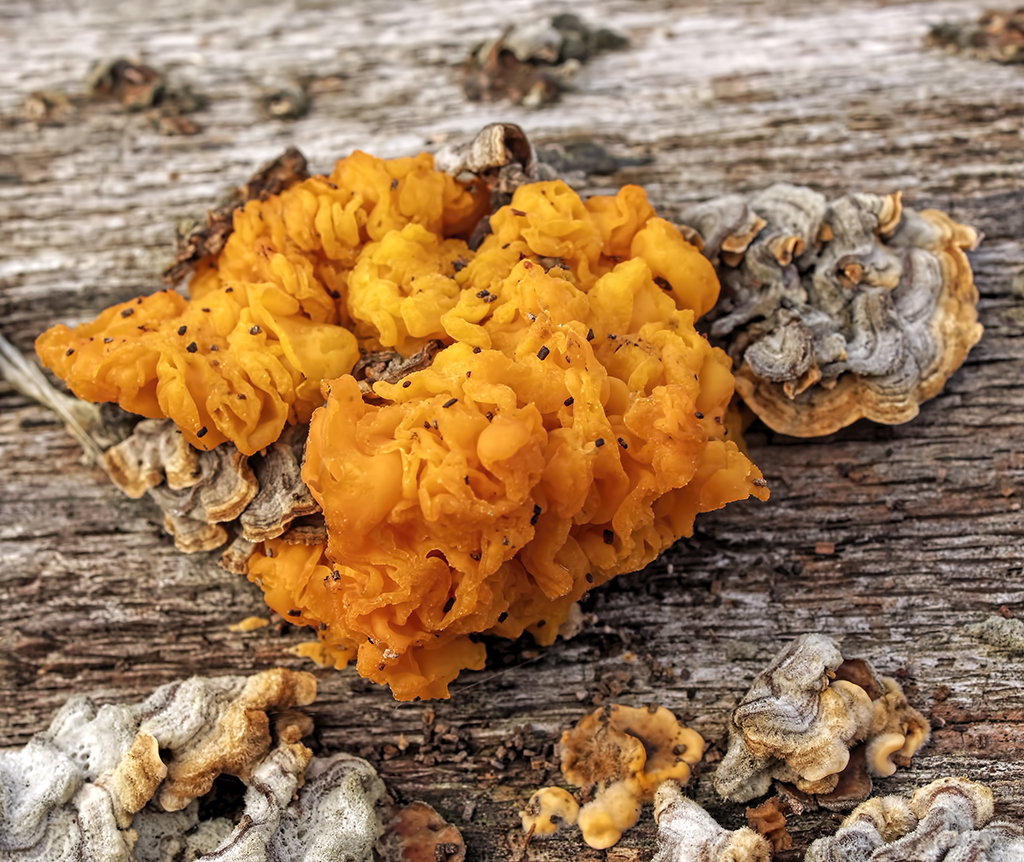 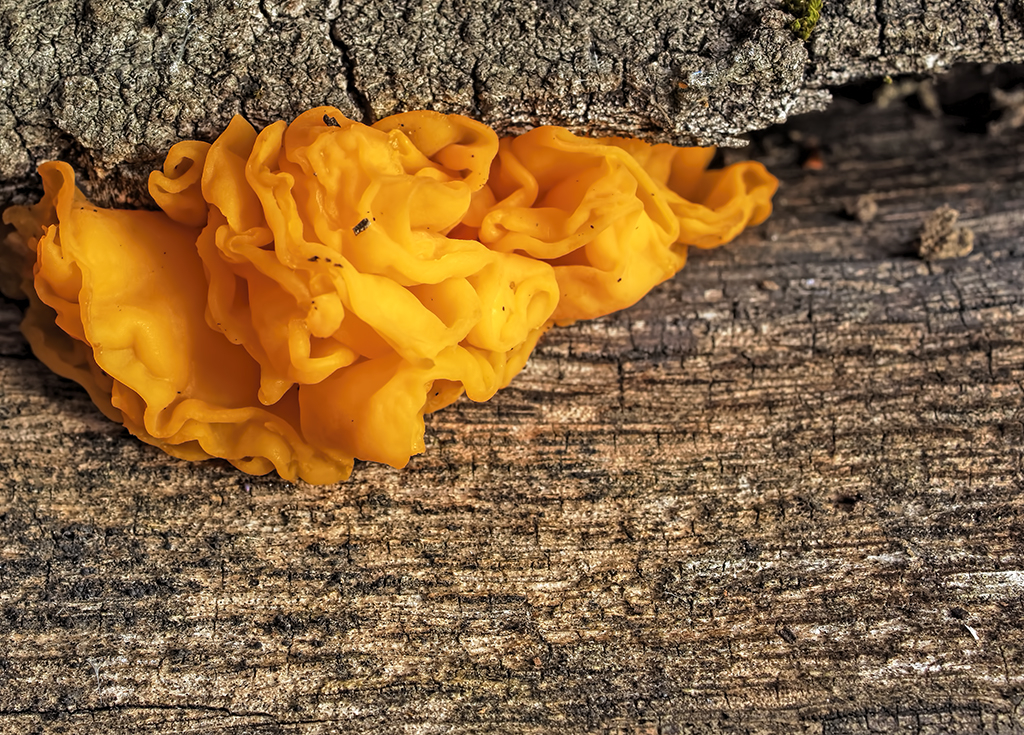