Named for its flower-like appearance at maturity, this is the first time I have found this species.

I was doing the usual rounds of looking under pieces of willow bark in my garden when I was surprised to turn over one to see an extensive colony (ca 1.5" x1.5"/37mm x 37mm) on the underside, originally the inside of the bark.

The fruiting bodies were mostly black and shiny, with a few opened to show the orange inner structures bearing spores. As it was nearly time for our pub lunch, I decided to leave the photography until later, rather than rush it. That proved to be a mistake. When I returned to the colony, many more had opened up, such that previously shiny black shells were speckled with yellow/orange spores.

I had two sessions, about two hours apart and by the second one most FBs had opened up. This rapid development really caught me out, most species taking days, even weeks, to mature.

Stereo pairs will be uploaded tomorrow. 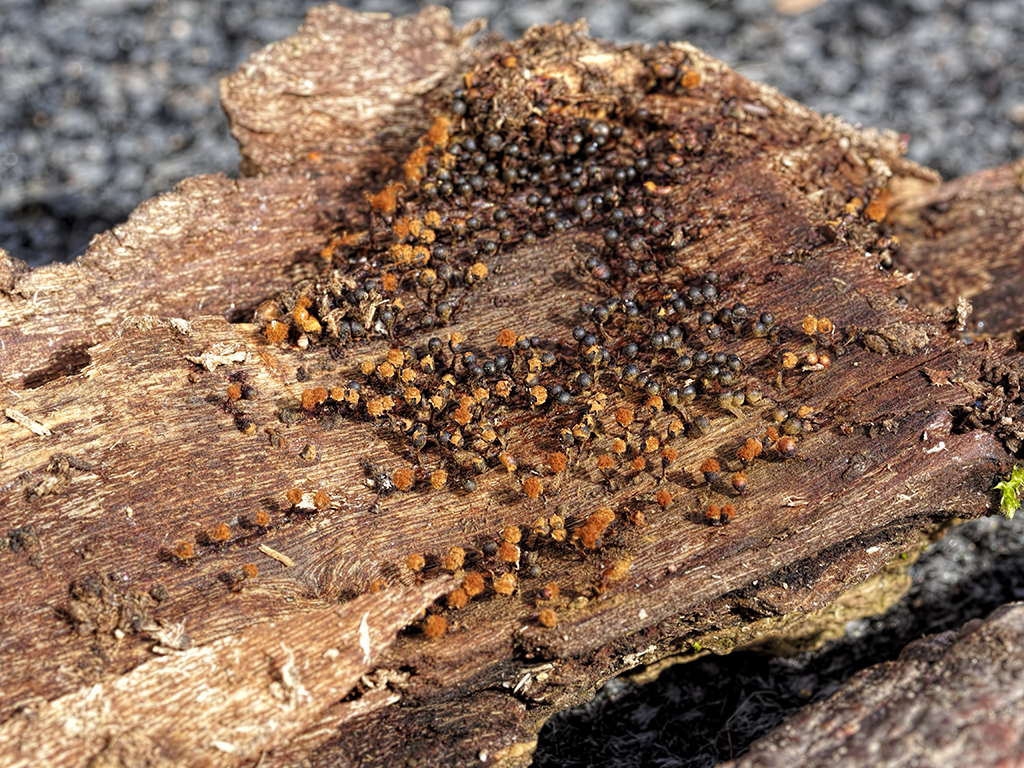 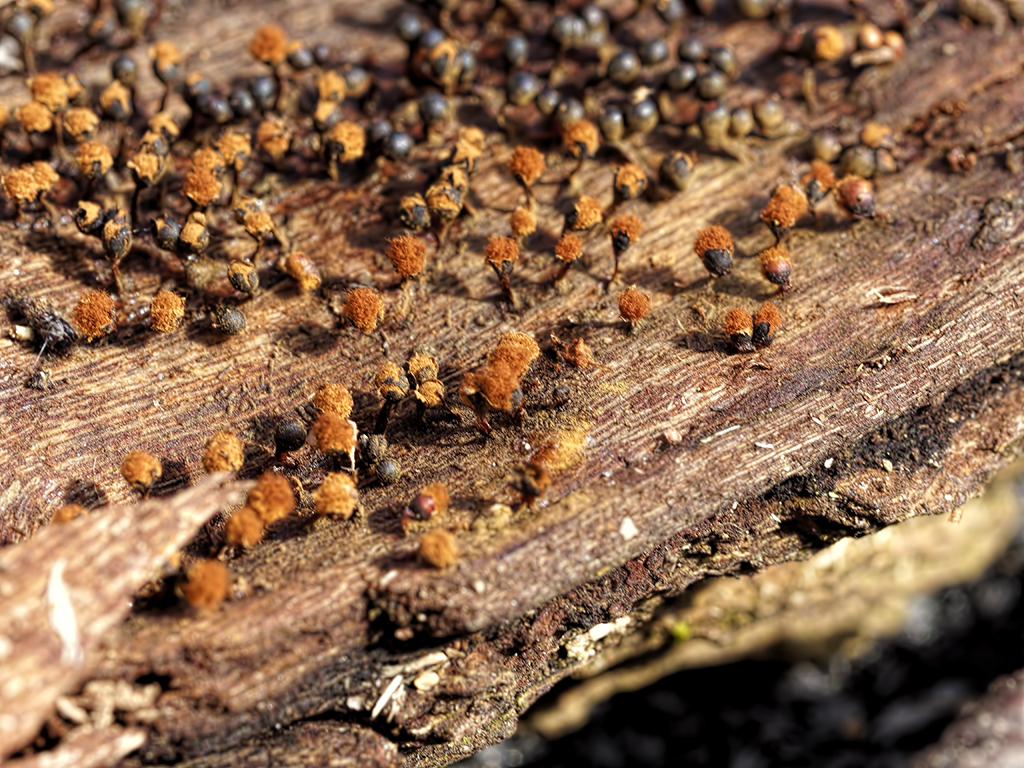 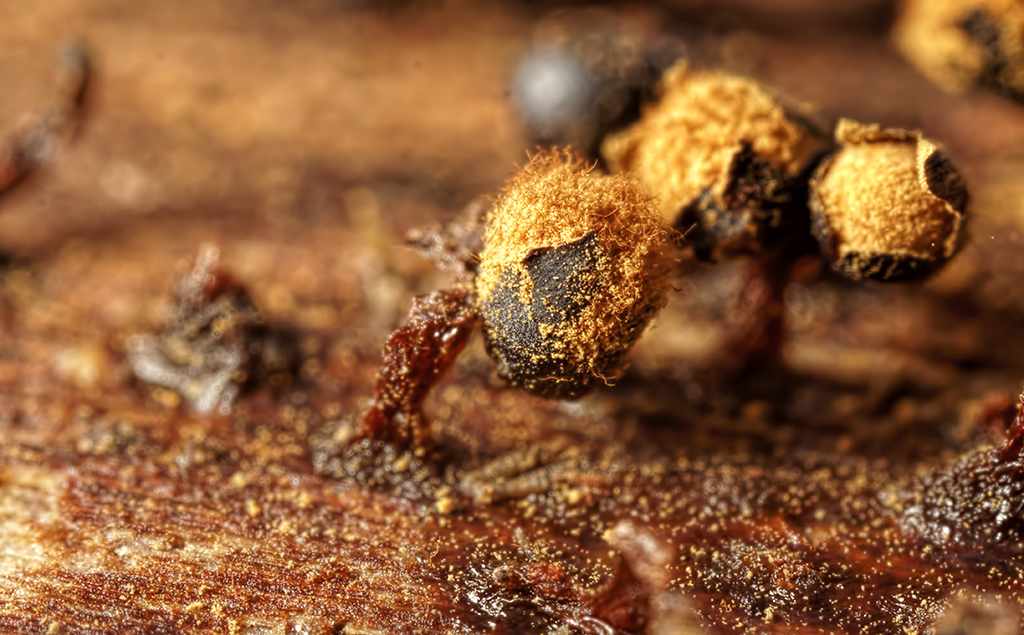 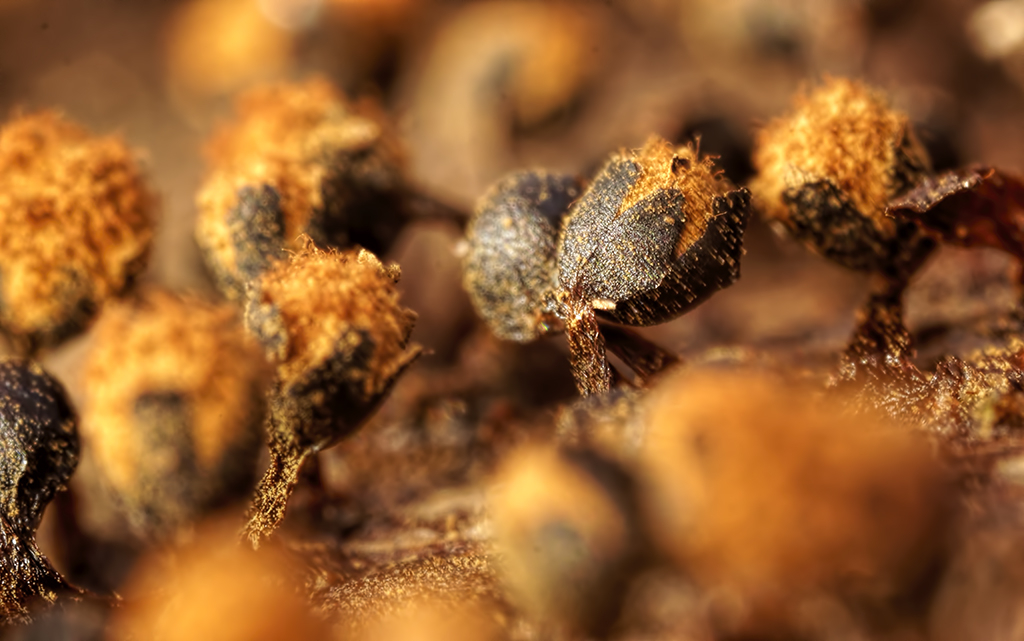 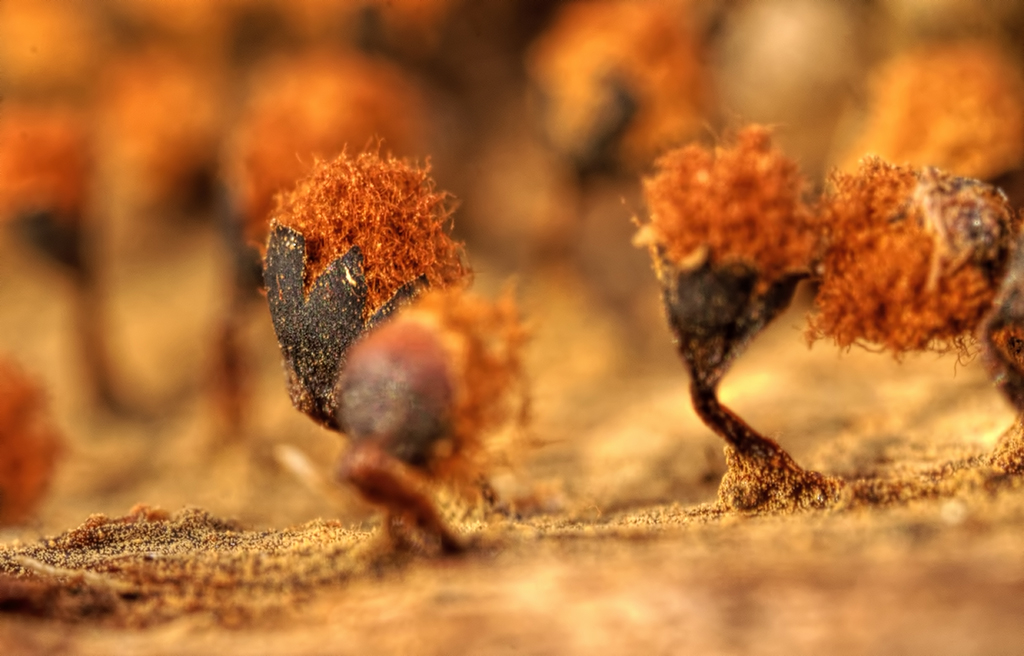 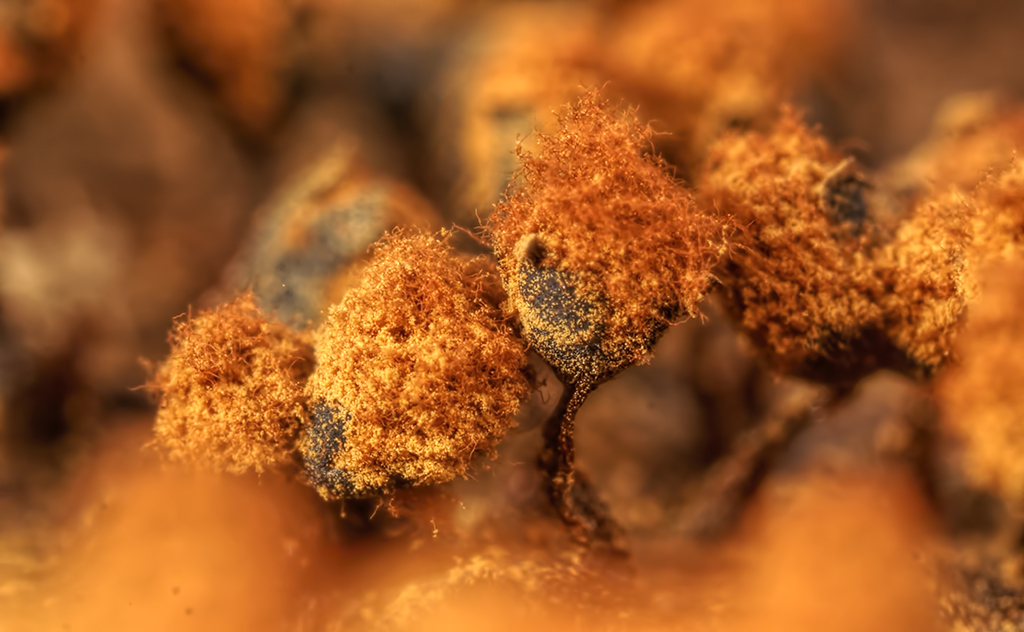 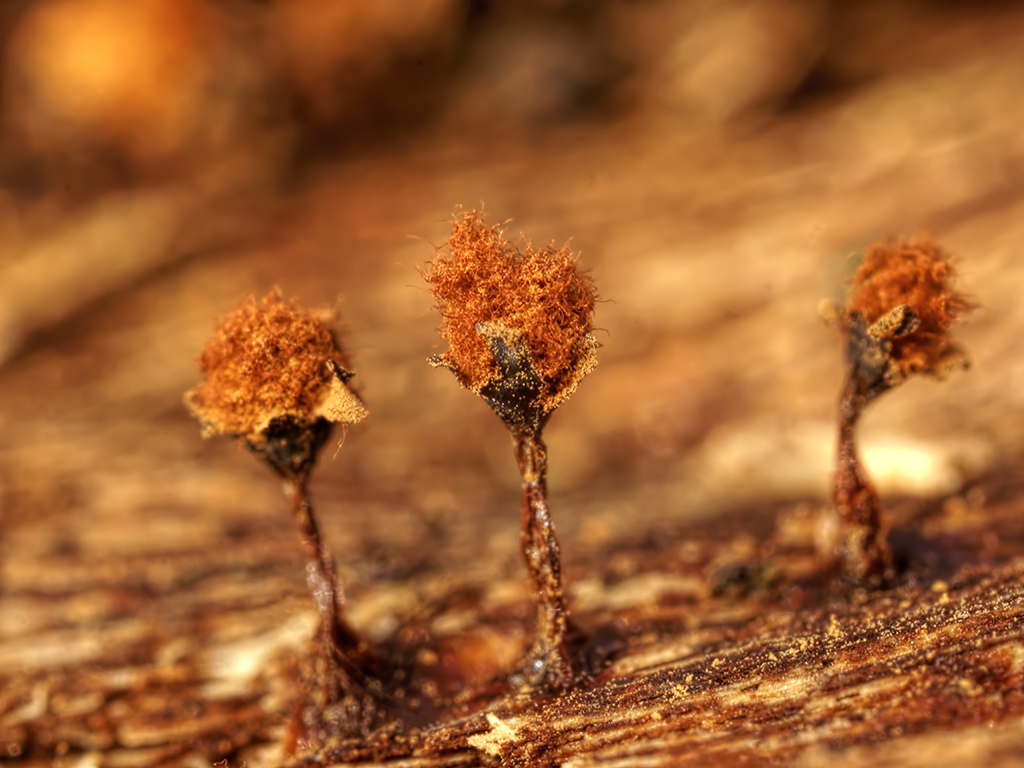 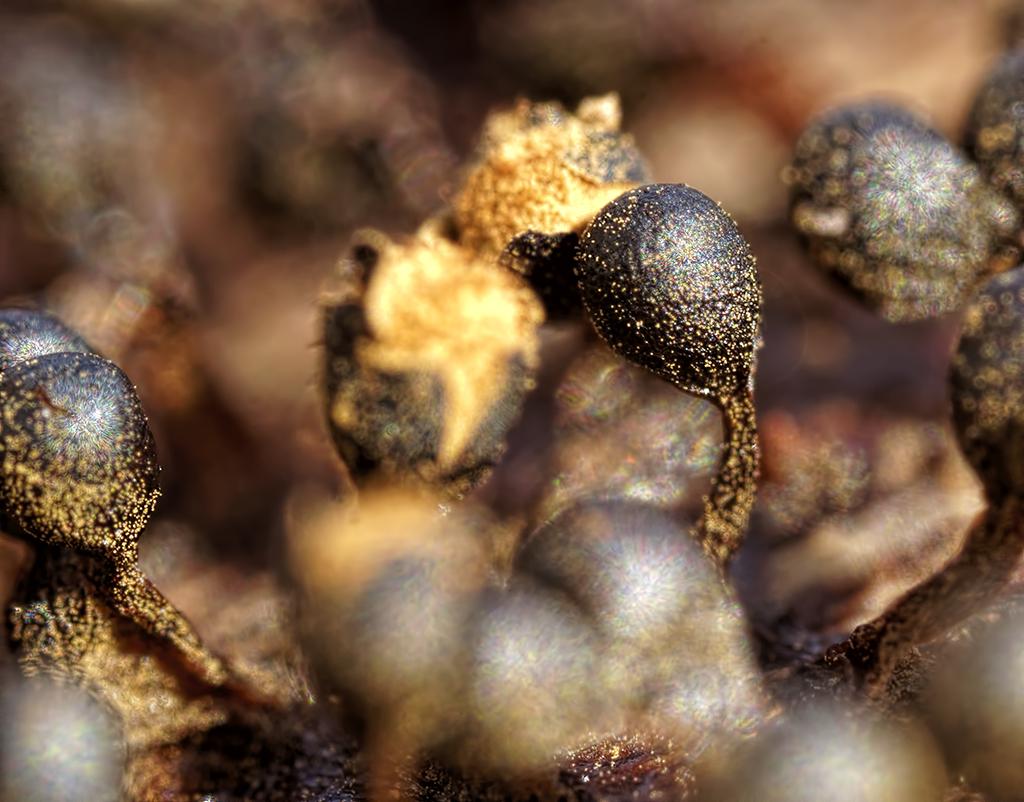 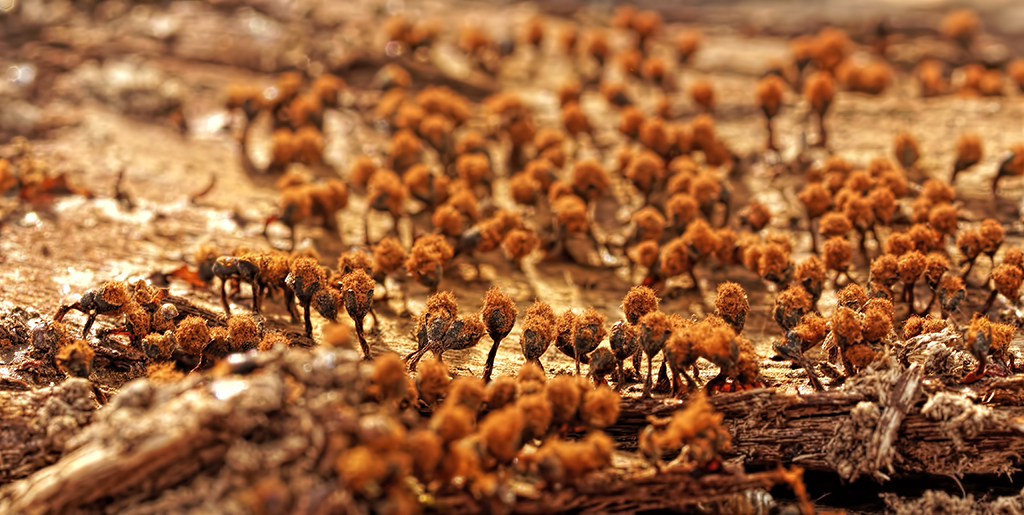 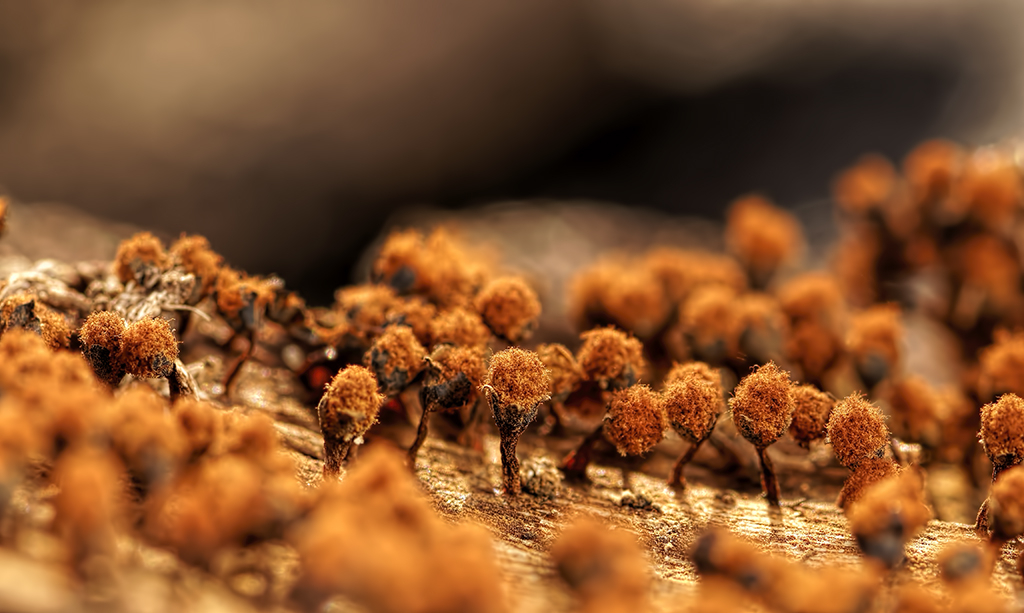