A Spyder & Some Naughty Bits (Stereo)

At this Classic Car meeting the cars were parked as in a normal car park, with, perhaps, a little more space between them. For the two hours on the event, the sun was more or less on their rear ends, making my shadow an issue. The wide angle zoom lens I used largely overcame the close parking but exacerbated the shadow issue.

They were shot on a Sony A7r3 full frame through a legacy Vivitar Series 1 VMC f3.8 24-48mm lens, the first time I have used it since purchasing two years ago, at ISO 250, hand held. These shots would have been at f11 or f8.

The Porche Spyder has four wheels rather than eight legs!

As I am largely an entomologist, the exposed rear engine of the motorbike-engined fun car suggested insect genitalia. Anyway, the title may have got some extra viewings!

The stereo of that rear end was shot for a fun stereo, with less concern for sharpness,. For that, see the single frame. It was lit buy fairly bright sunlight and I have darkened the images a bit as one way of controlling highlights.

The stereos are crosseye and conventional. 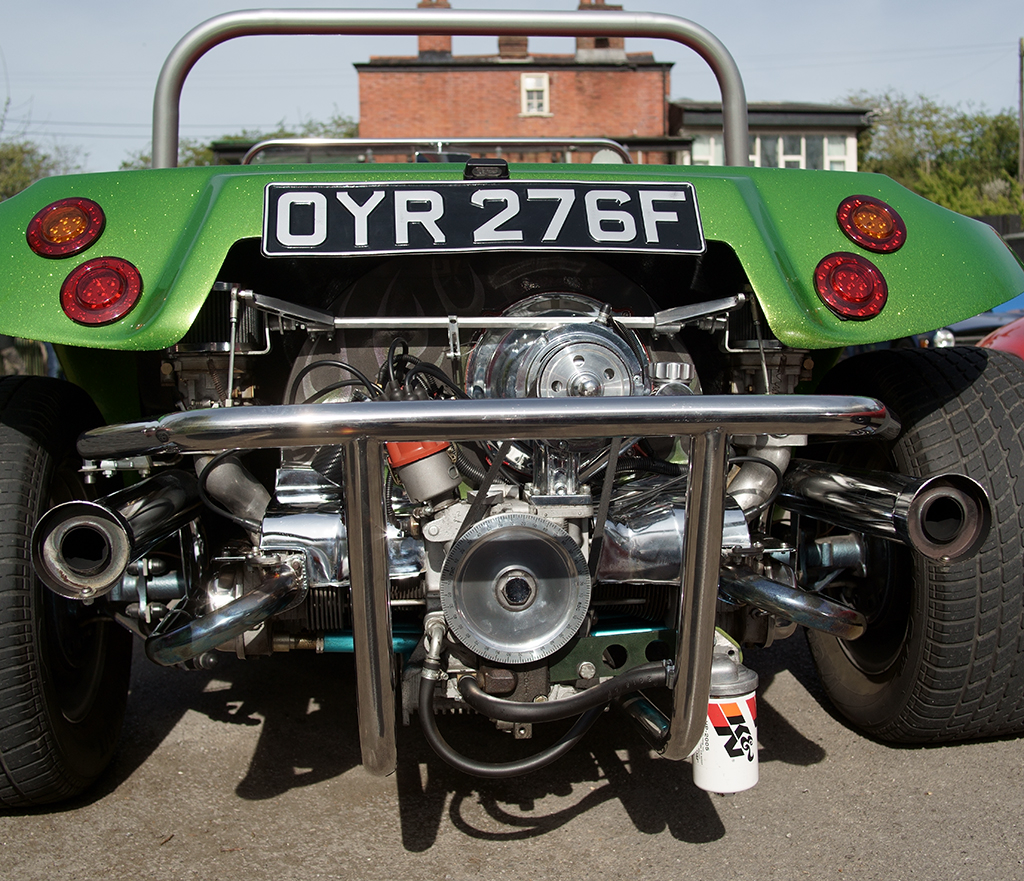