I mostly shoot macro, usually with the lens which happened to be on the lens at 7.30am.

About a week before this, when I had been putting out its food, and food for birds, I had caught glimpses of the cub on about 3 days. There was also a second vixen present at times.

A day or two later, the cub came onto our lawns unaccompanied by its mother. We have never seen this is the 24 years we have sen foxes every day in our garden. That is the point of posting these images, not that they are particularly good.

The cub was slightly smaller than our domestic cats.

There is a not very good crosseye stereo. The cub's mouth is slightly open in one frame and to get good base separation I would have had to move further while the cub was watching me. It works to some extent at about twice normal viewing distance. 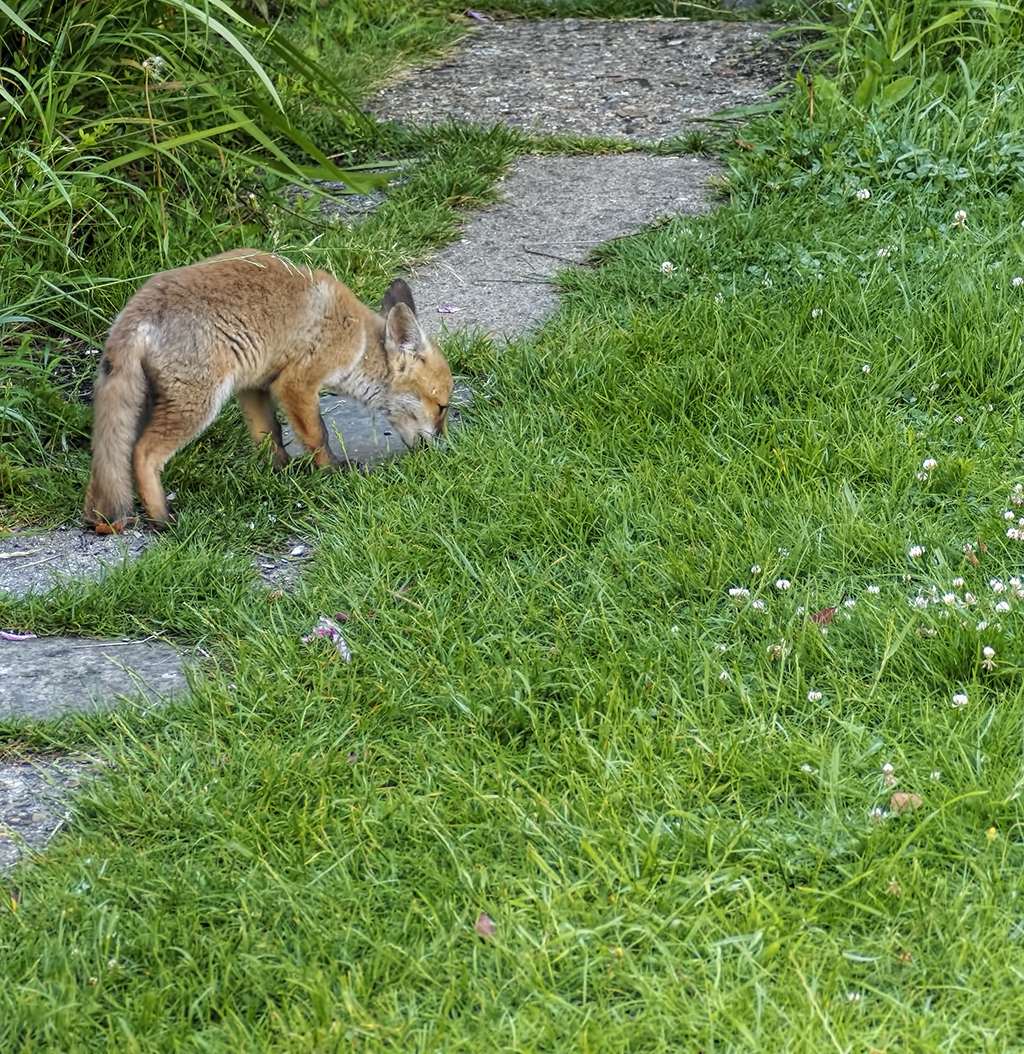 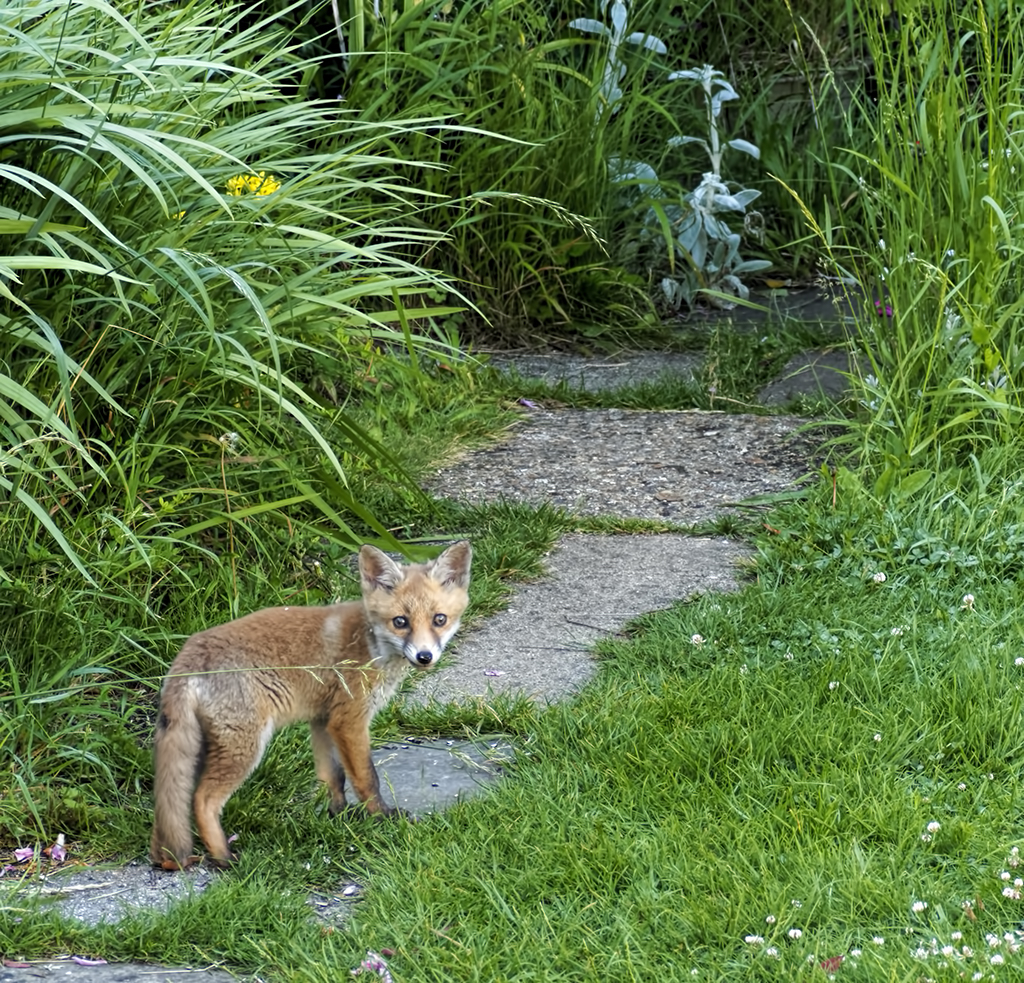 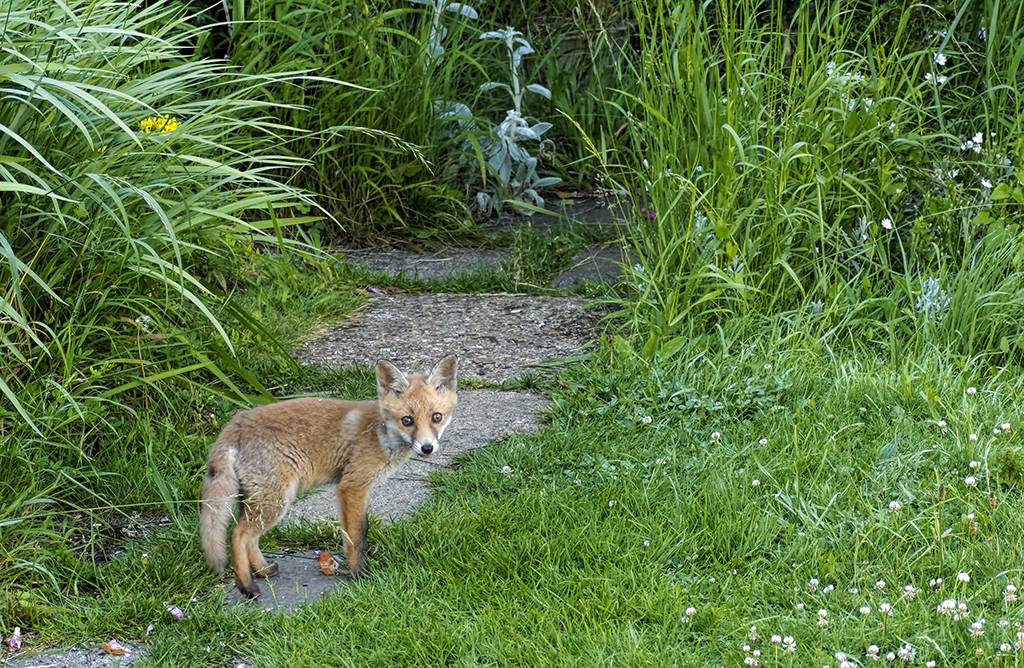 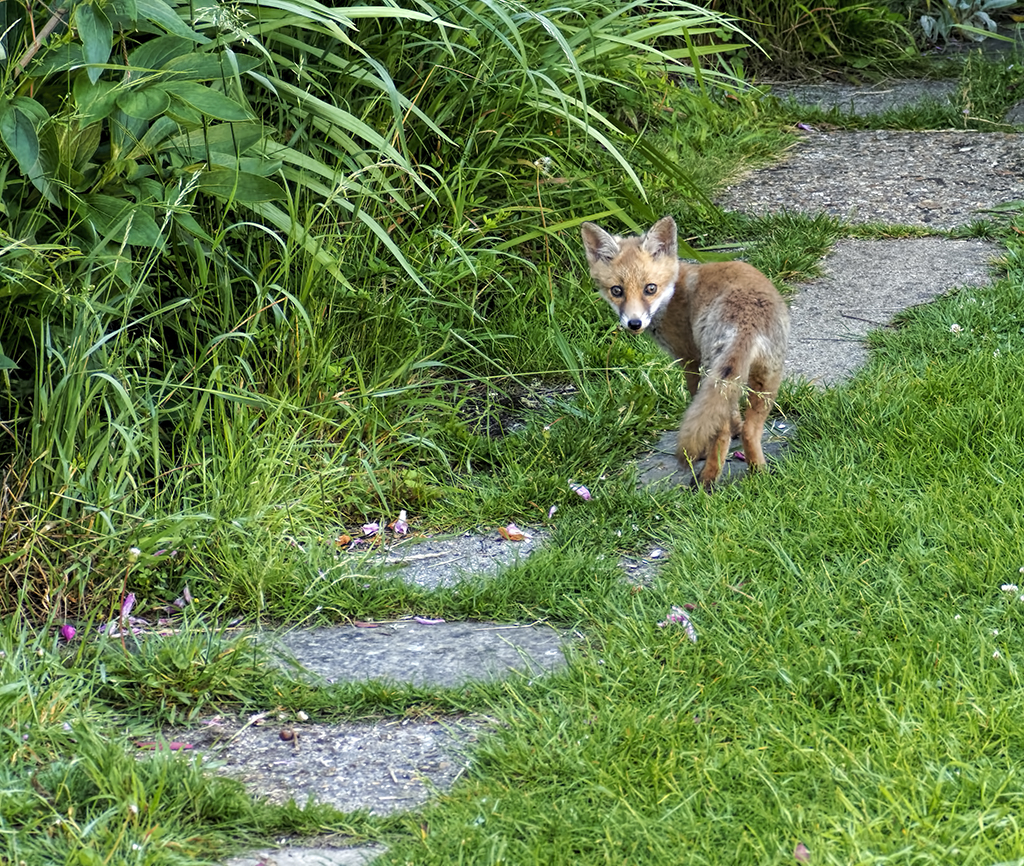 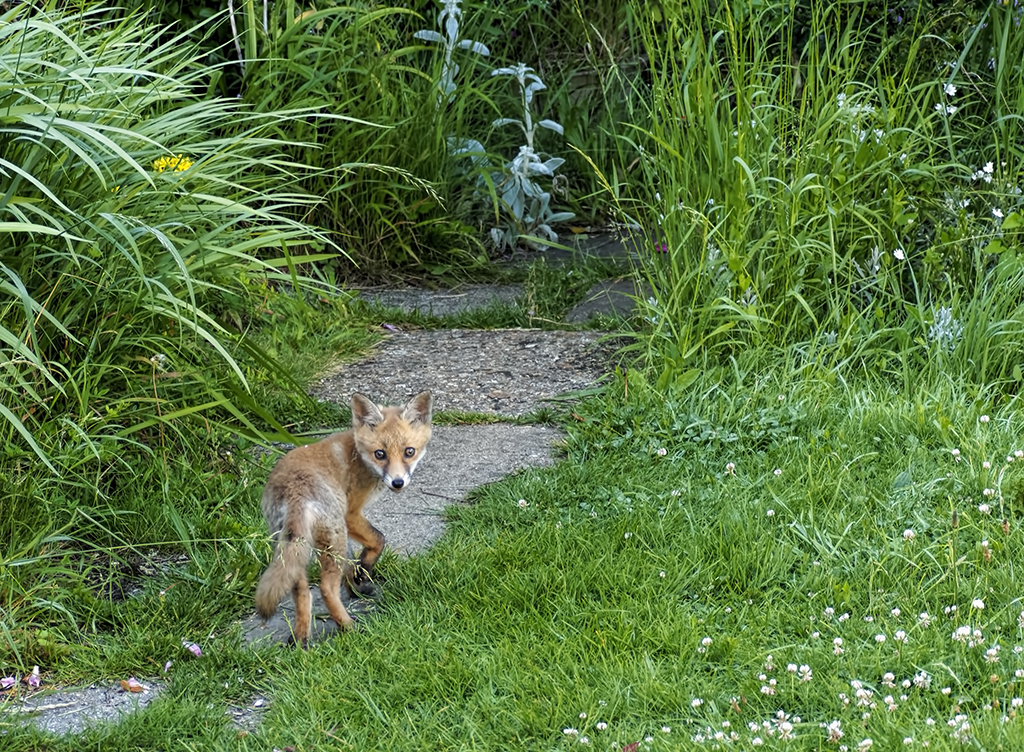