The tree died a decade or so ago. The dense surrounding brambles did not encourage removal of the rotting remains.

This week I needed to remove that dense growth, which was giving excessive shade to the adjacent greenhouse where I keep my cacti. The dead tree was then accessible and I cut it up into logs.

Some of the wood had dried out to be of really low density. One of the open ends had two colonies of the slime mould in excellent condition (first image).

I shot a number of images at just under life size (ca 15mm FOV). I really like the stereos but today I show single frames. The next work (capitillium) has expended prior to releasing the spores.

Except the first image: 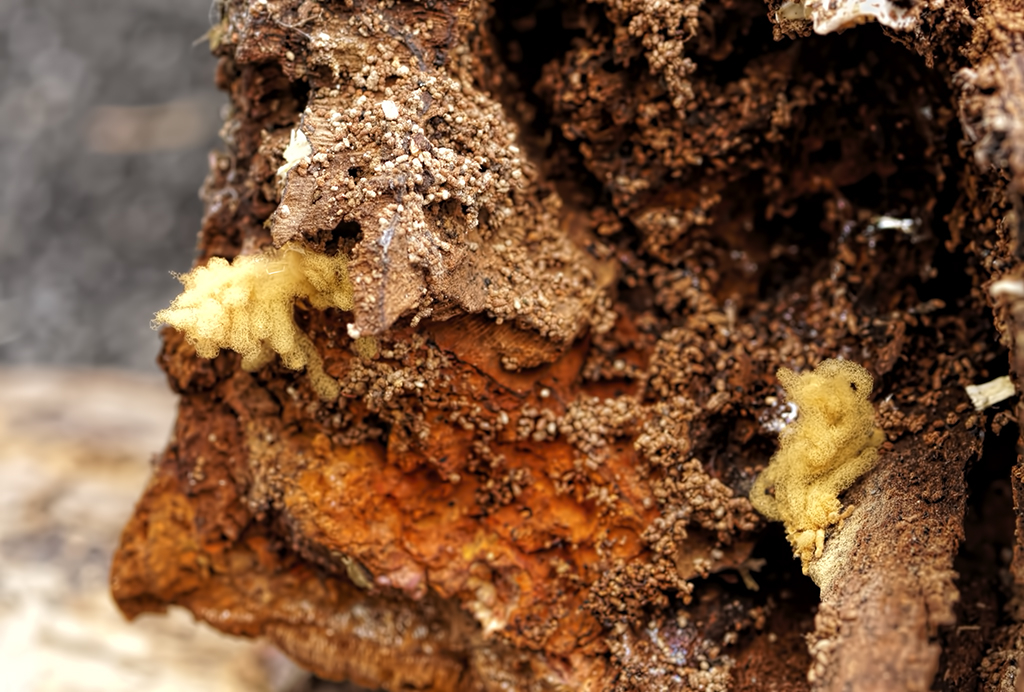 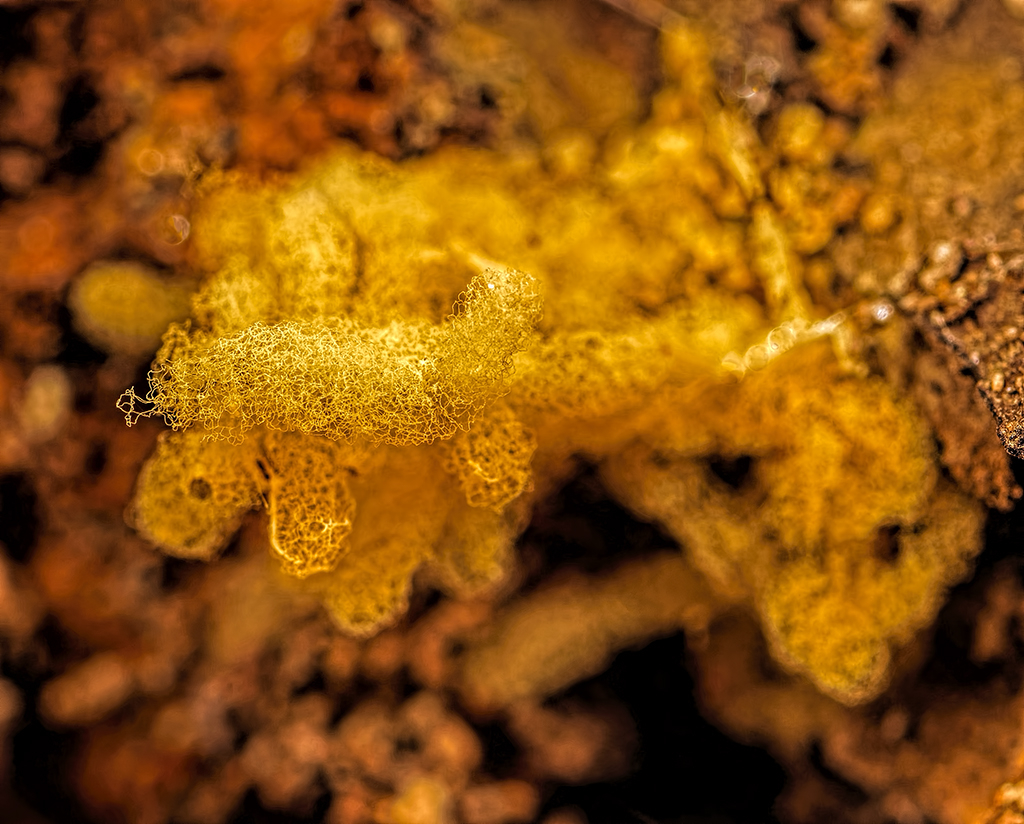 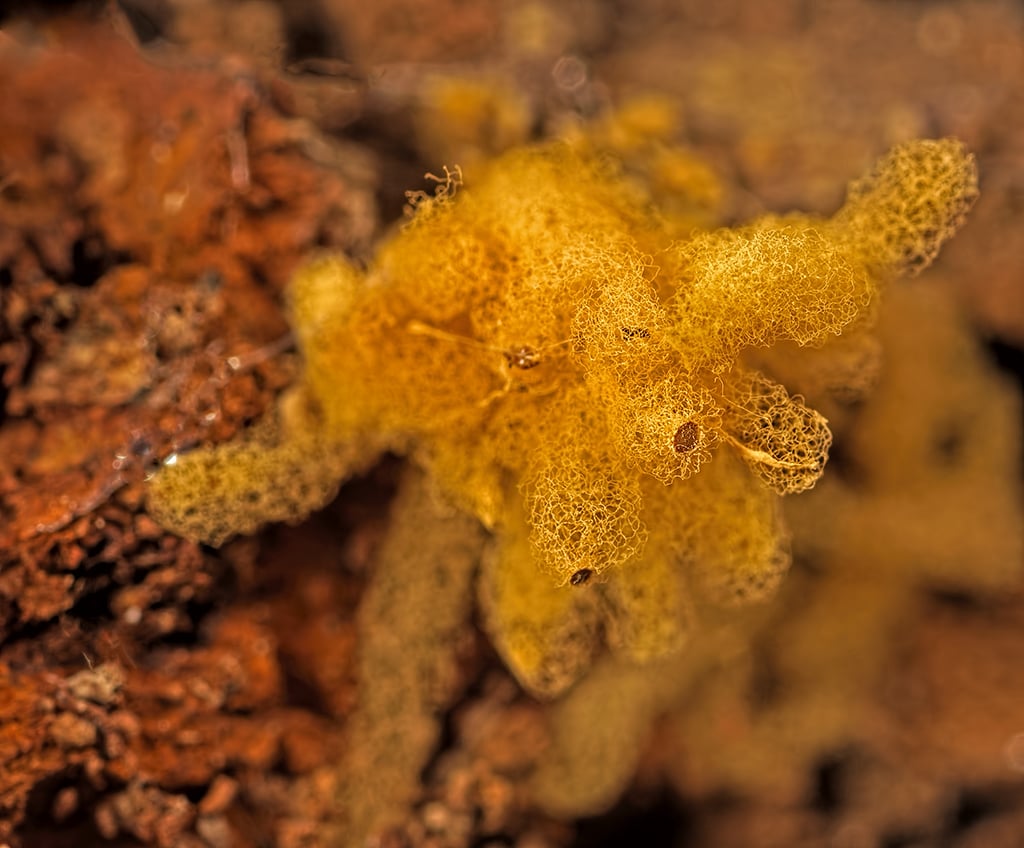 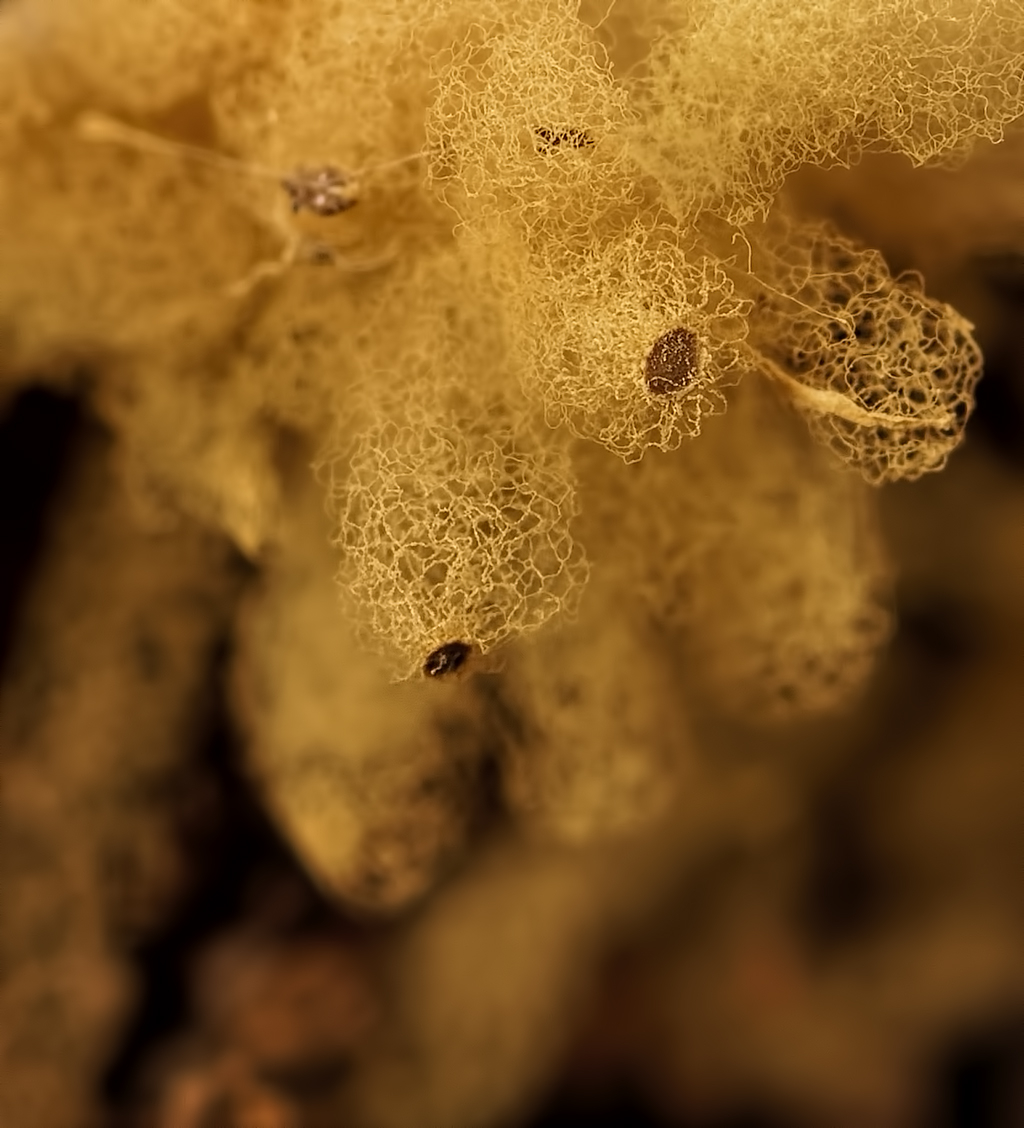 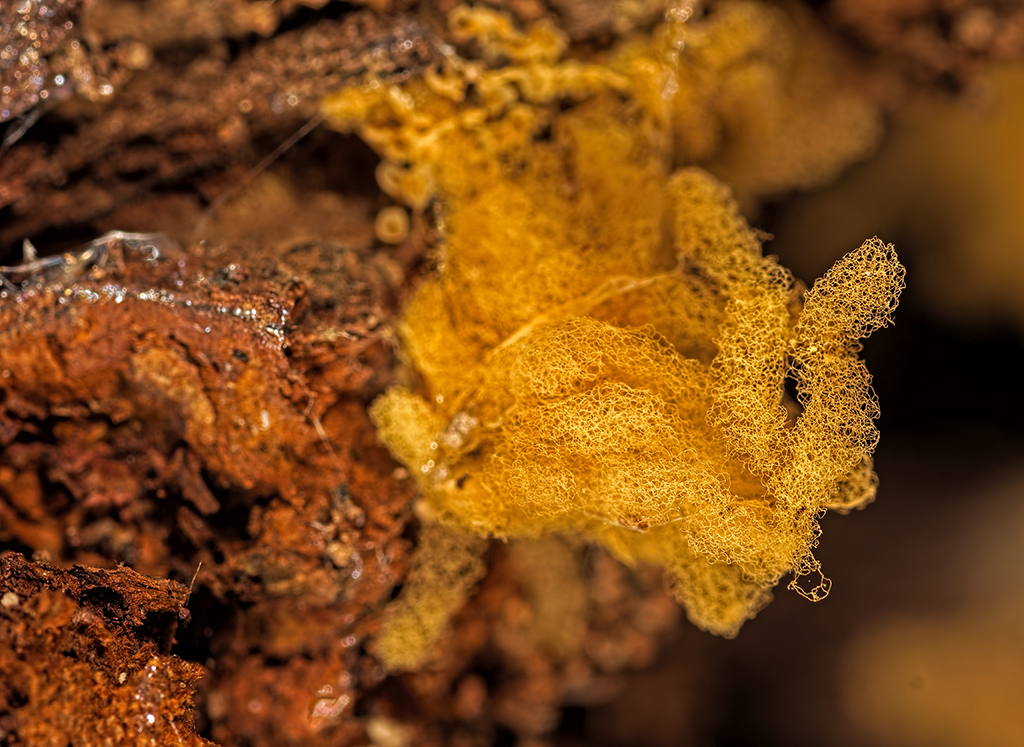 Calyculi (cups) on left have mostly lost their capitillium content after shedding spores: 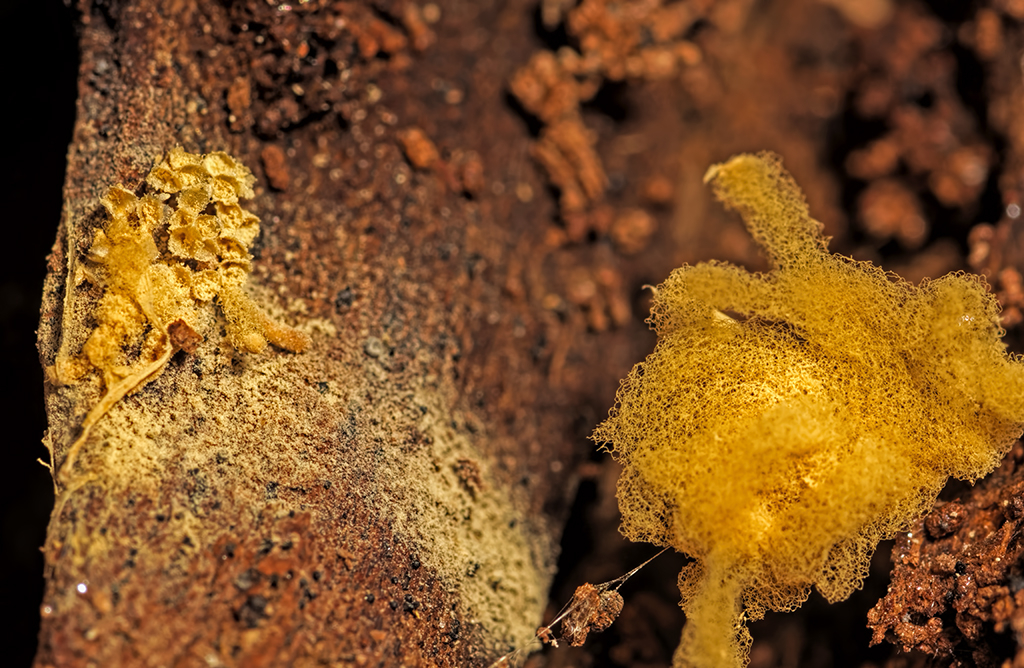 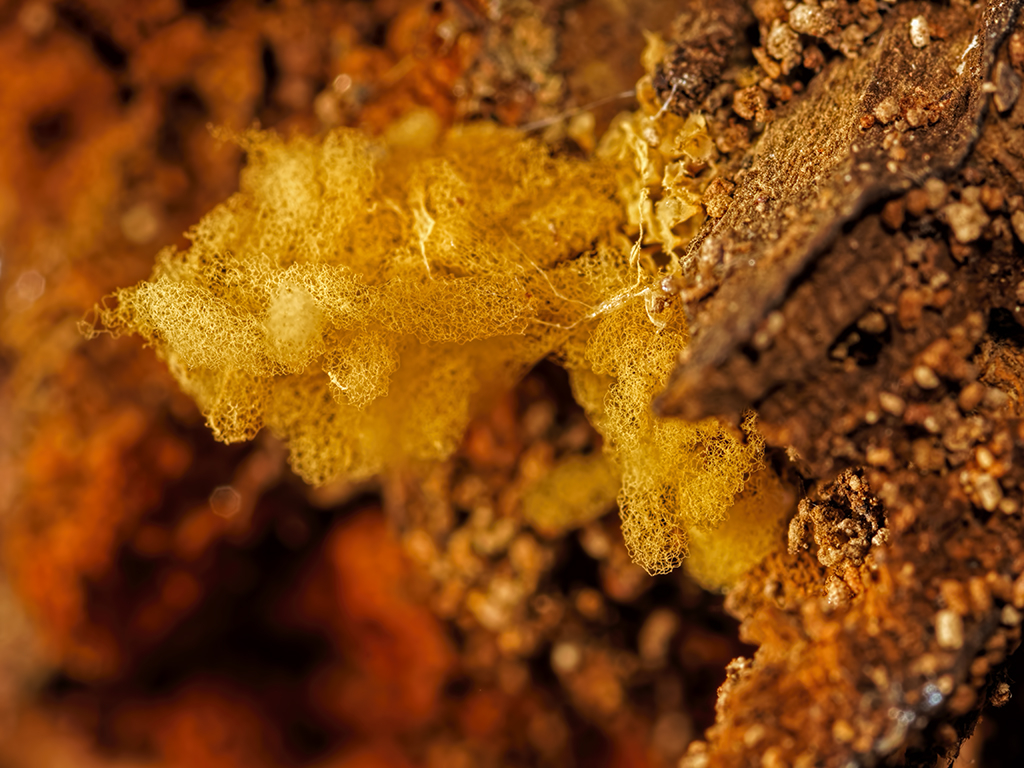