This is a beautifully restored P-40. It was this country's primary fighter plane at the beginning of the war's hostility, This particular plane...see the tiger on the fuselage...represents the Flying Tigers. This was an all-volunteer group of pilots, most on duty with an existing U.S. military branch, that joined the Tigers based in China. They were there to try and stem the advancement of Japanese forces in the Burma/China area of conflict. They were paid $500 for each enemy plane they shot down...big money at the time. As the war progressed, the group was disbanded and most pilots returned to the branch of the military they had been with. One alumni of the Tigers achieved great success flying for the Marines in the Pacific area....that was Greg " Pappy " Boyington. He was famous for his Black Sheep association. 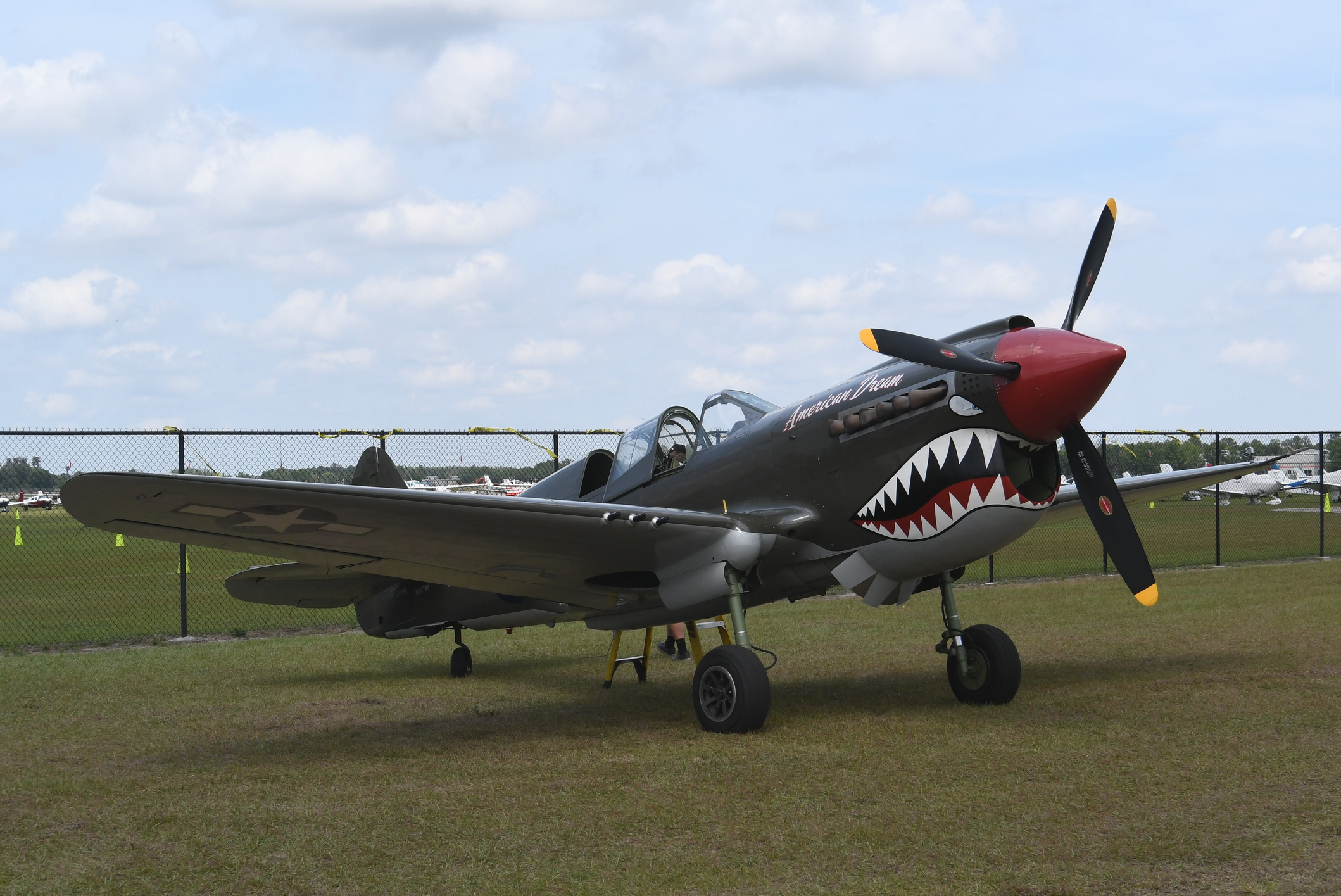 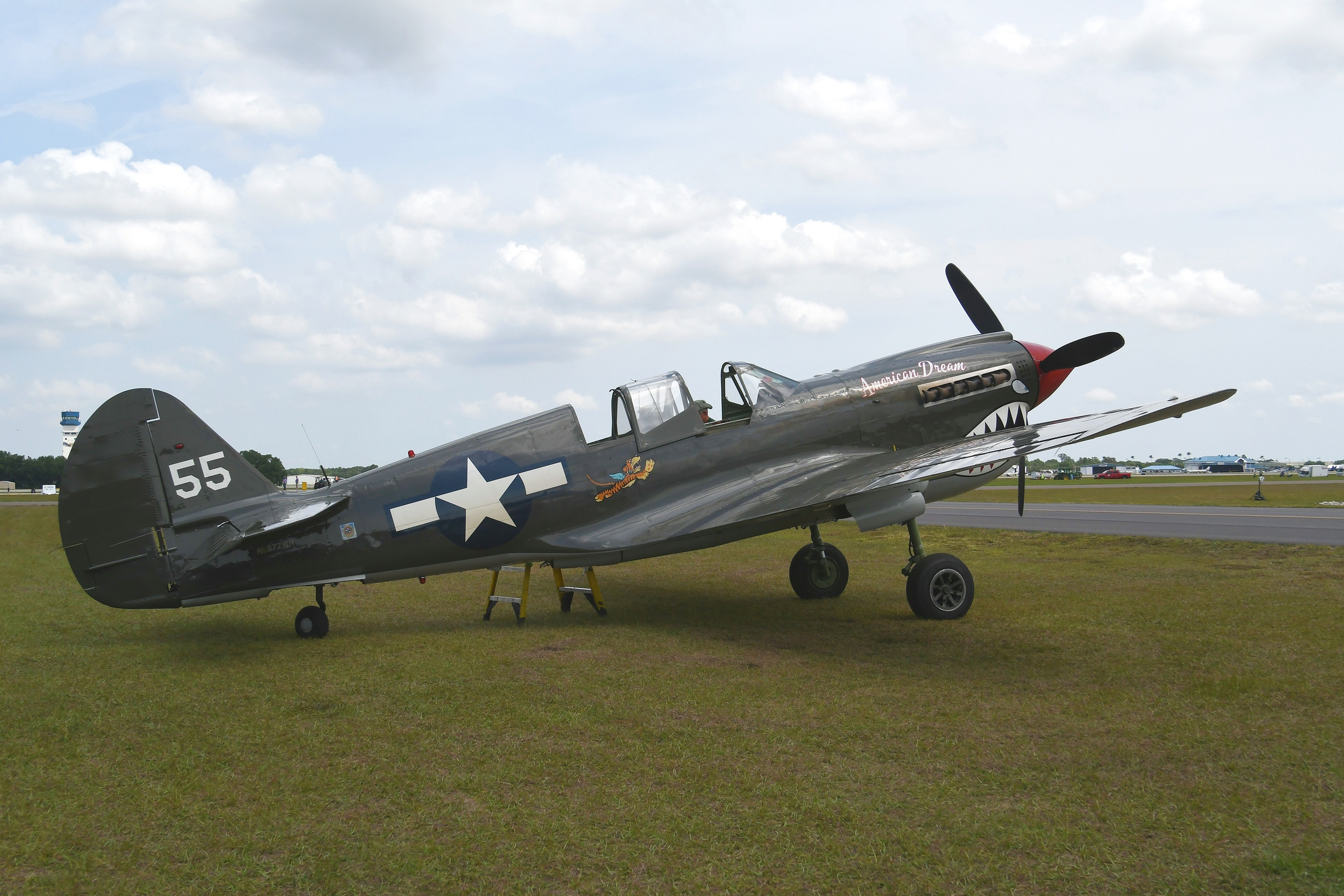 This is a truly stunning P-51. Note the broad black and white stripes on the wings. They were there on the bottom of the wings as well. These stripes were there for a very important reason. During the D-Day invasion period, there were a gazillion twitchy gunners everywhere. They painted hundreds of planes ( of all types ) with these stripes, hoping they would identify them as ours and keep them from getting shot down by own troops. Most pilots had these stripes removed as soon as possible as they made it a lot easier for the enemy to also spot them. 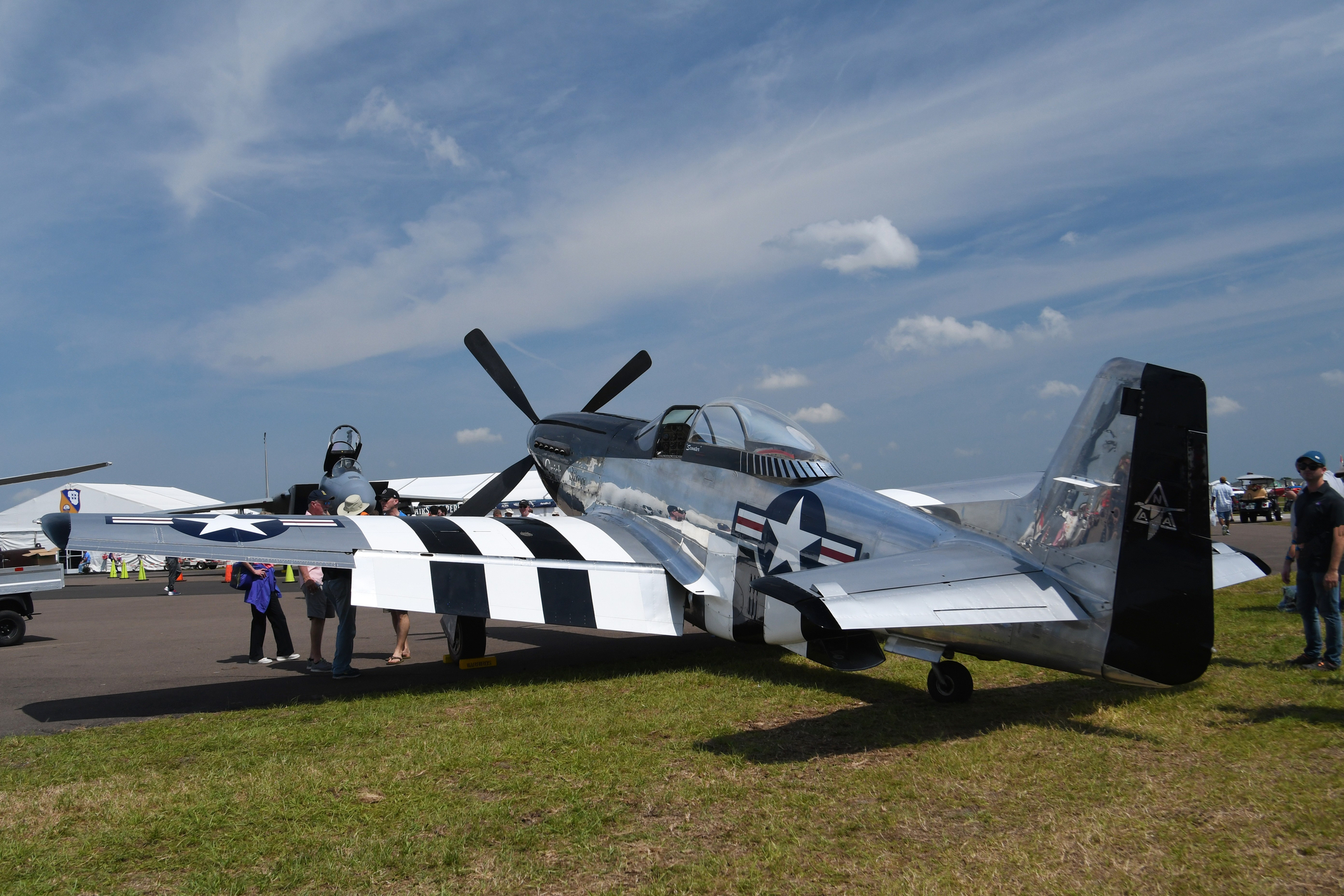 This is a most unique plane. It is a U.S. Airforce F-82 fighter. It entered service in 1946. Too late for WW II but it did serve limited action in the Korean conflict. At first glance, it looks like they just stuck two P-51 fighters together. The reality, though, is that it represents an entirely new design. It was intended to serve as a very long range fighter escort for the B-29 bomber. It could be flown by a single pilot from either cockpit or it could accommodate an accompanying navigator/ back-up pilot. They made a little less than 300 of these and only 5 remain. 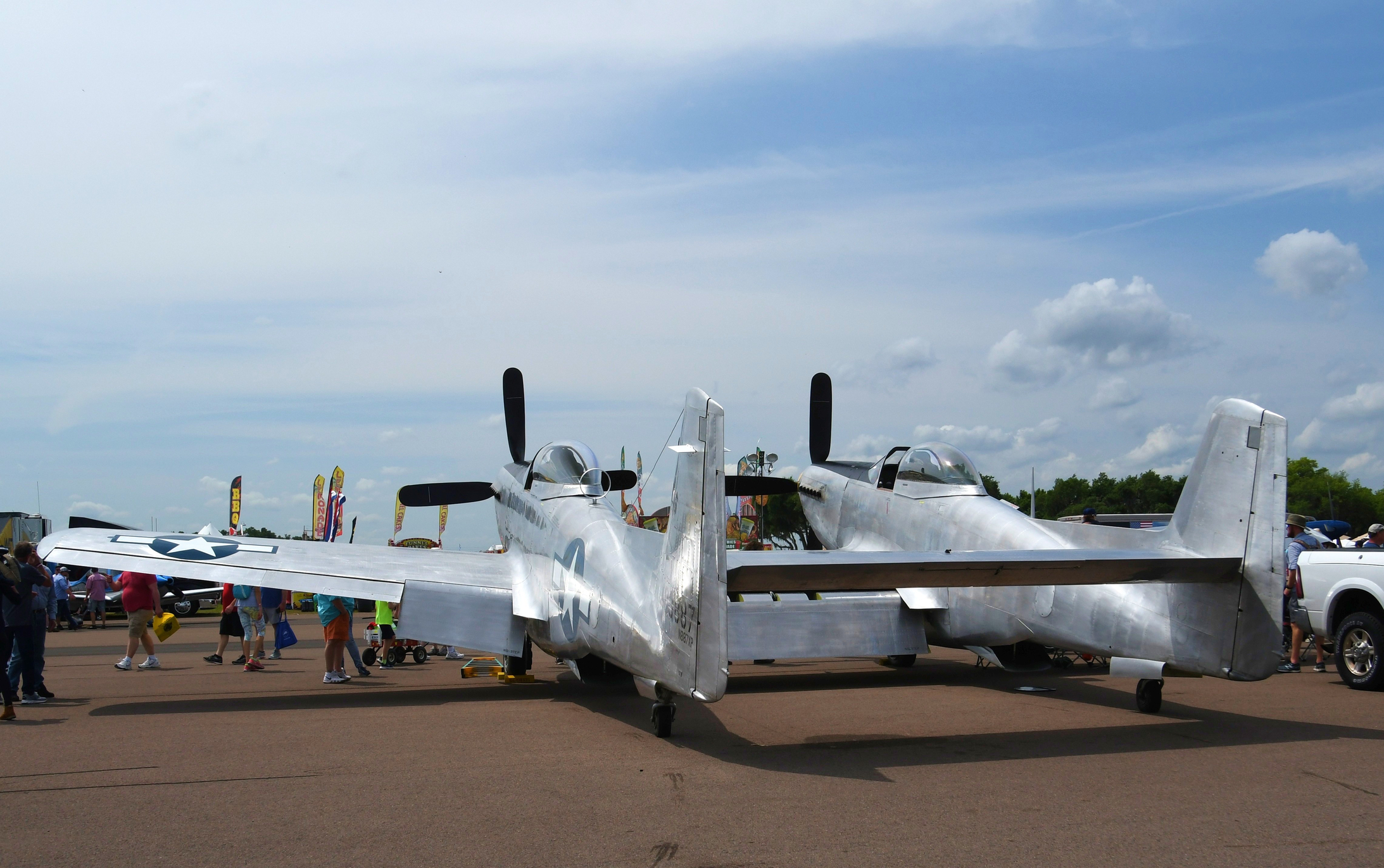 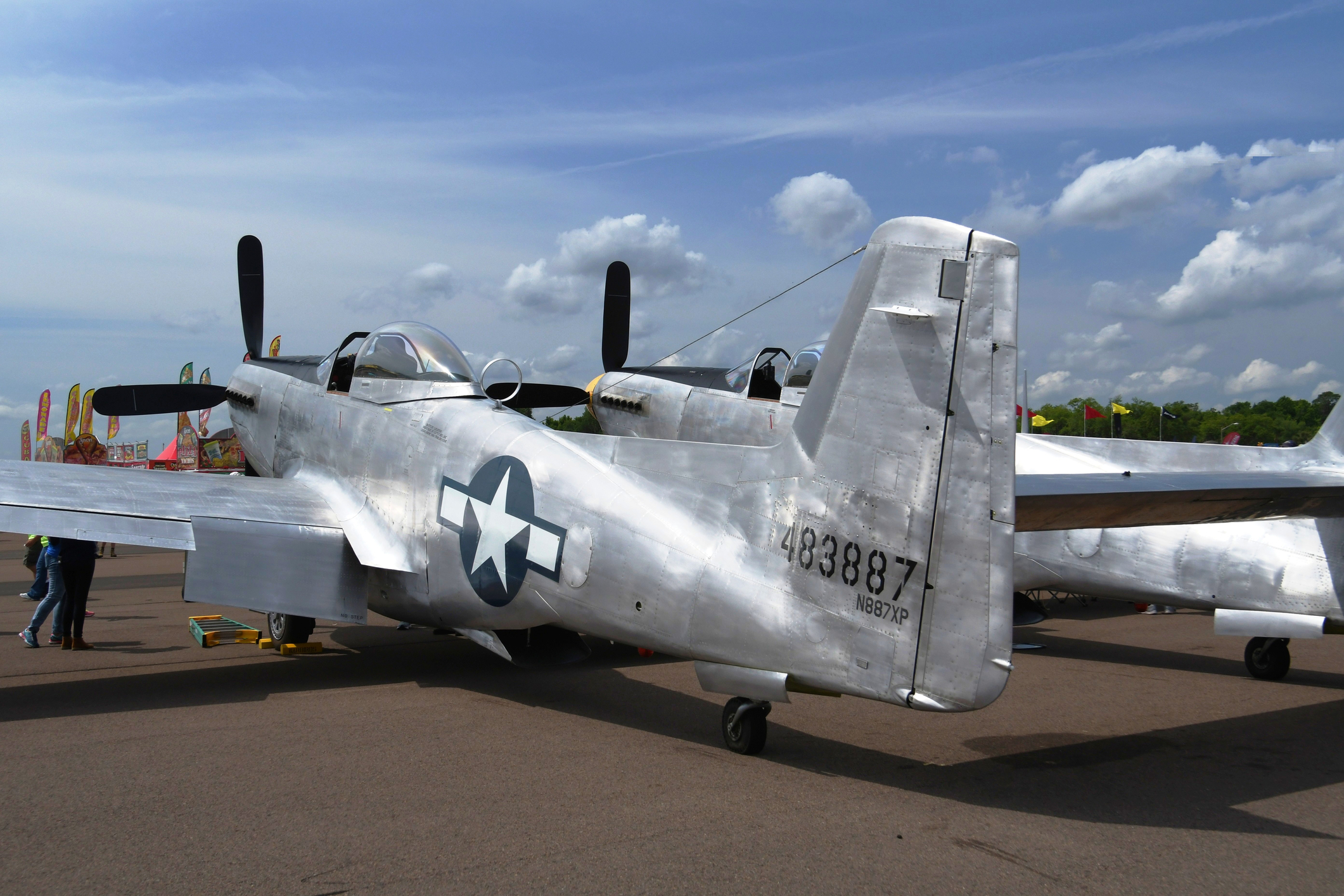 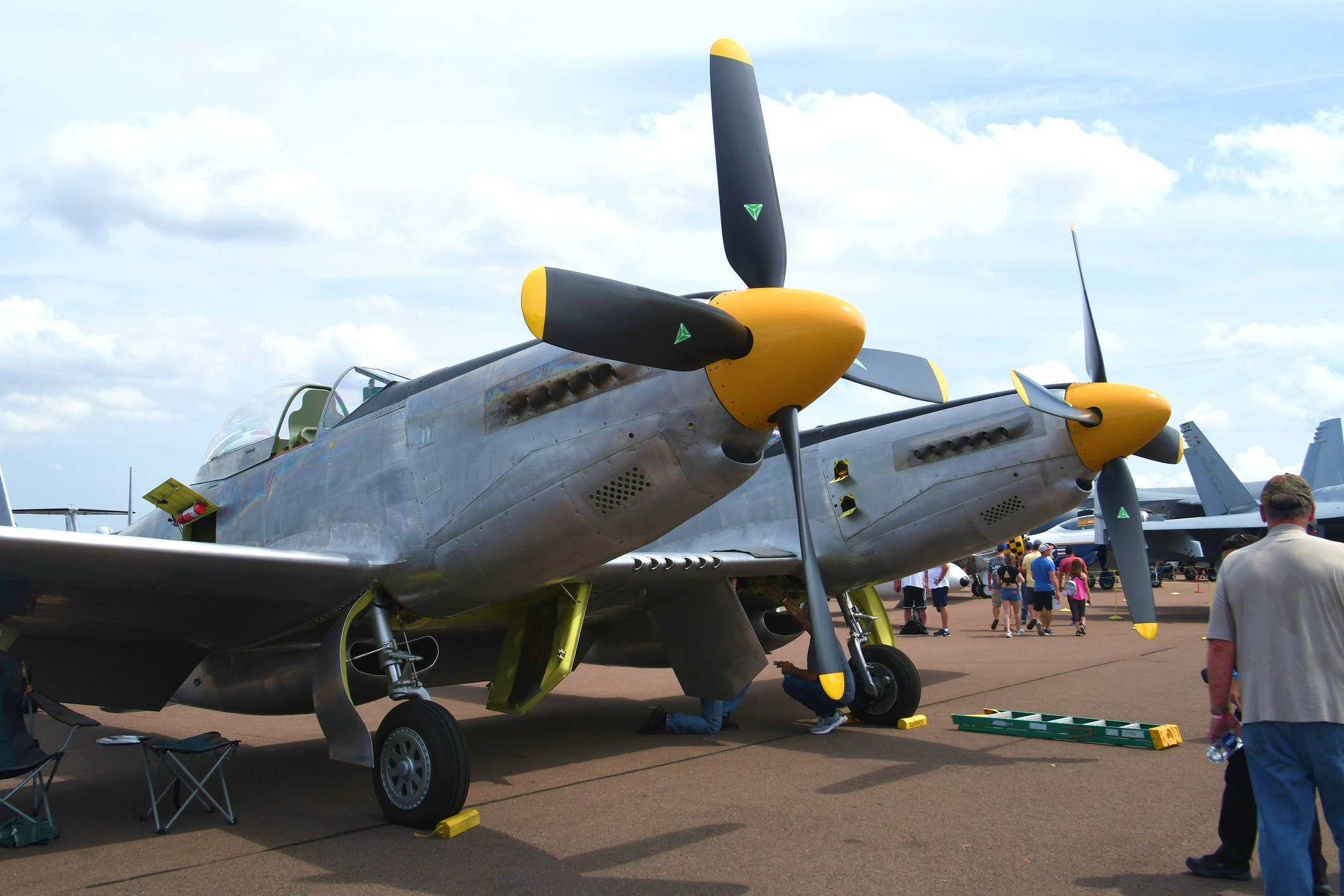 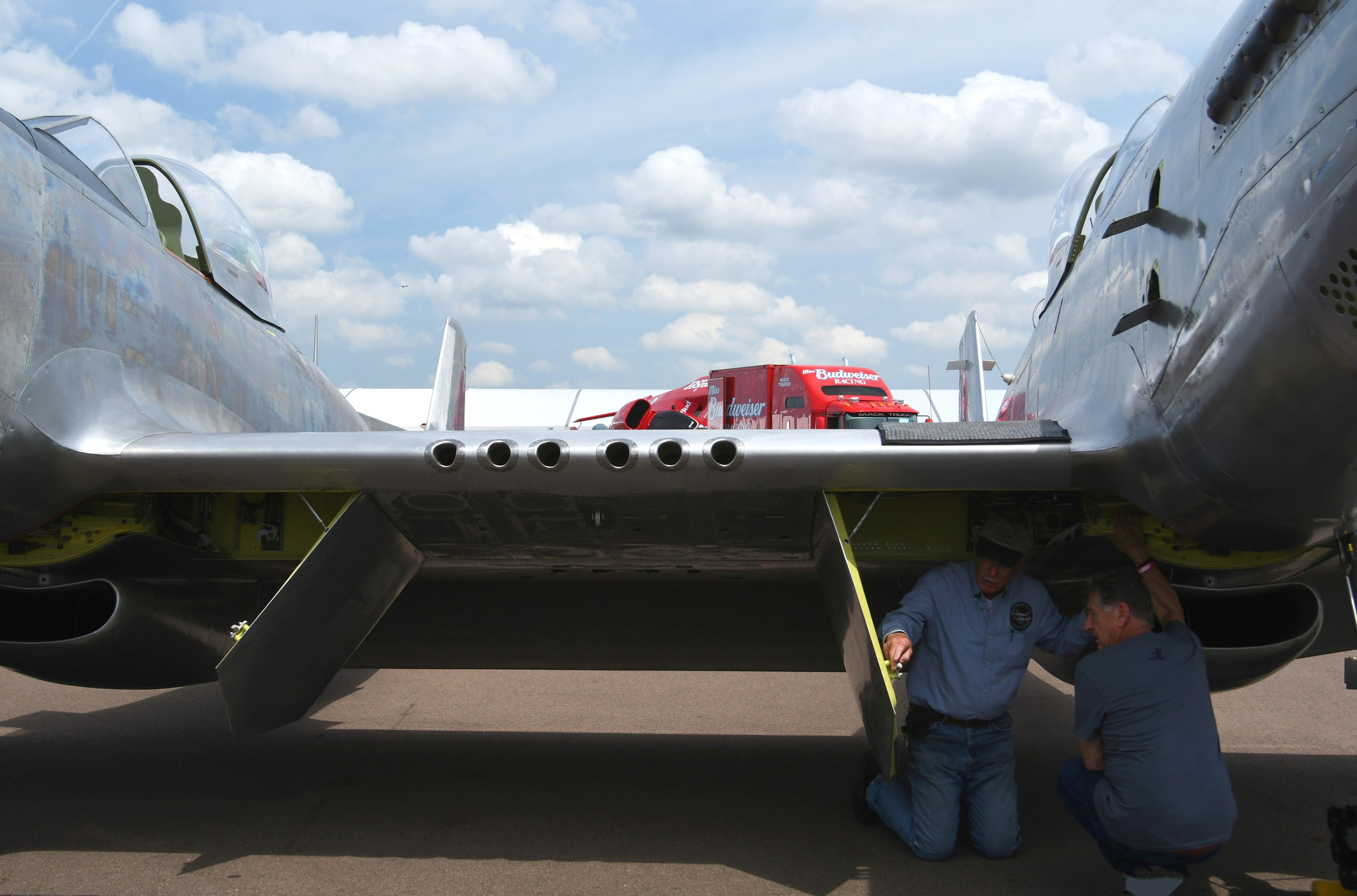 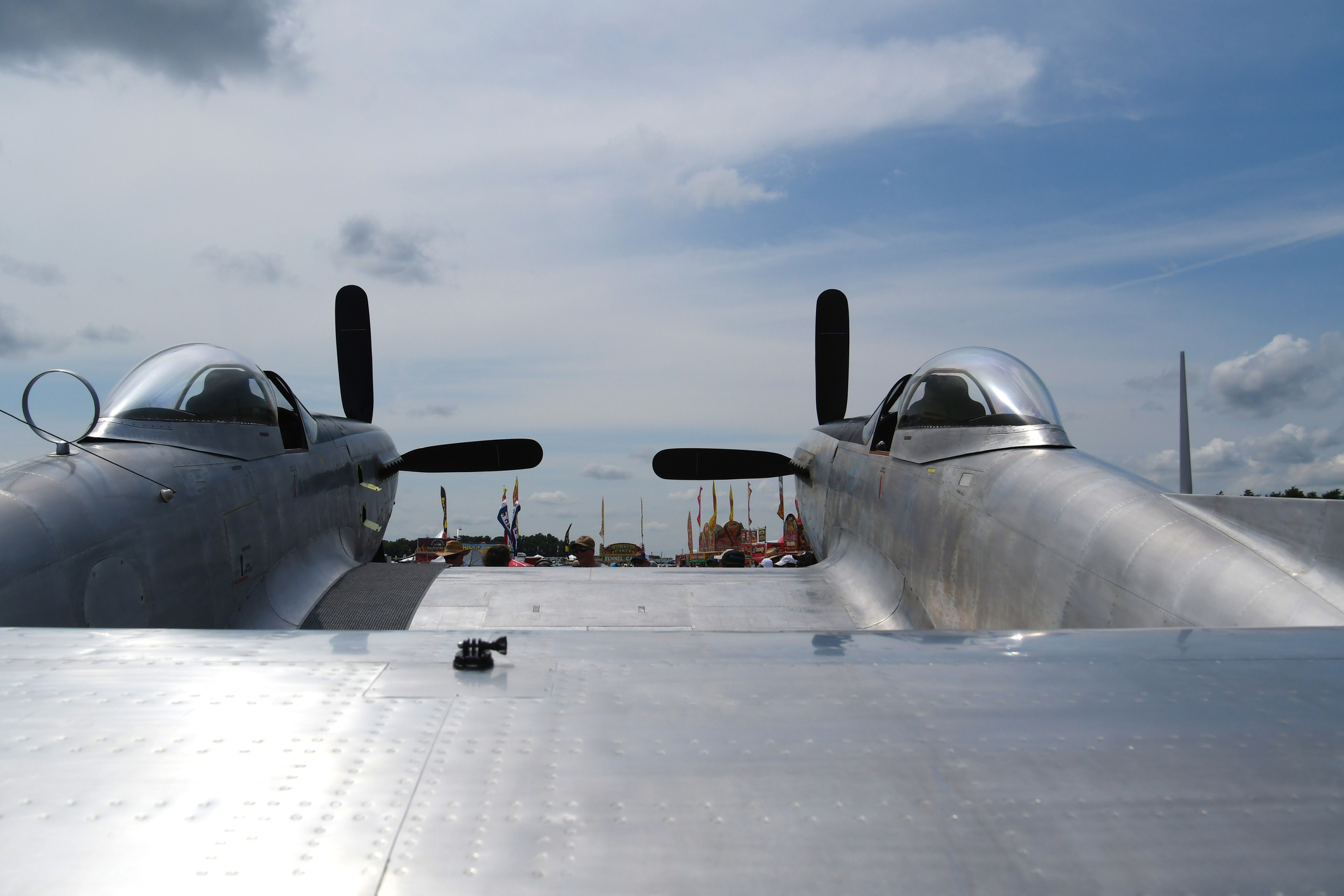