This is only the third time I have seen it in dozens of visits to woodlands for fungus surveys or just looking for slime moulds. This was just a mass of yellow fluff and not readily recognisable when we found it three days ago. I went back to the locality yesterday and found that most of it had changed to the recognisable morphology, somewhat like the early stages of comb in a wasp's nest.

The species also appears in white, of which there was some present,

Even so the range of grouping exceeded colonies seen before. The huge, spread-out group and the balls are new to me.

Stereos will be supplied in the near future. 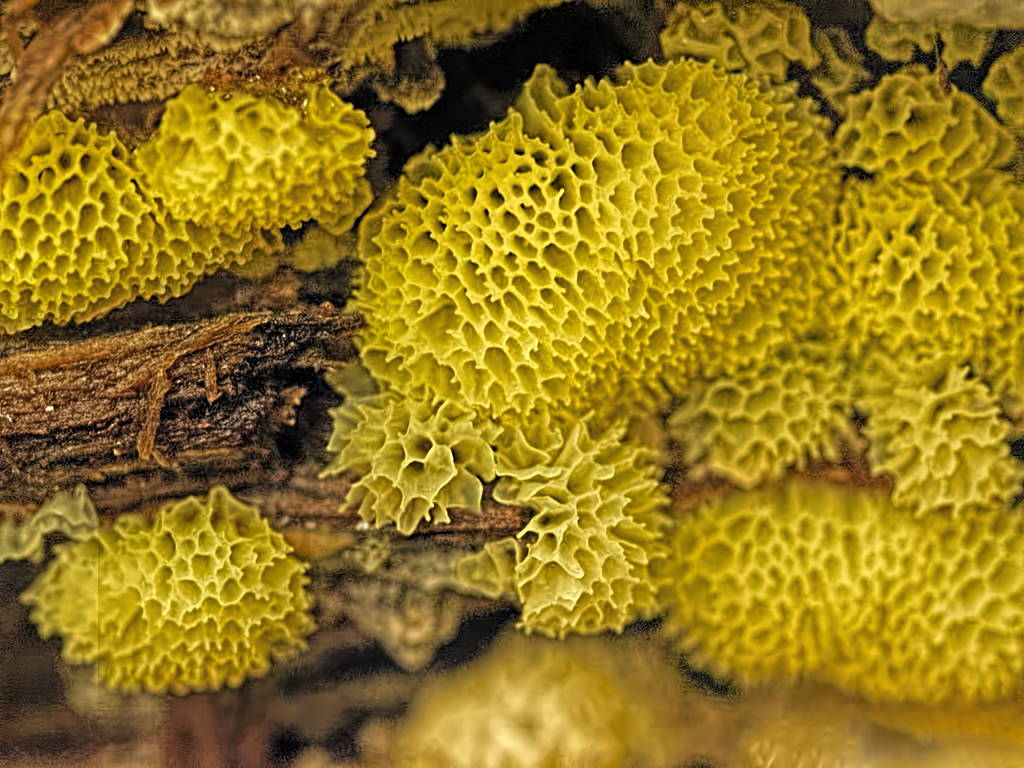 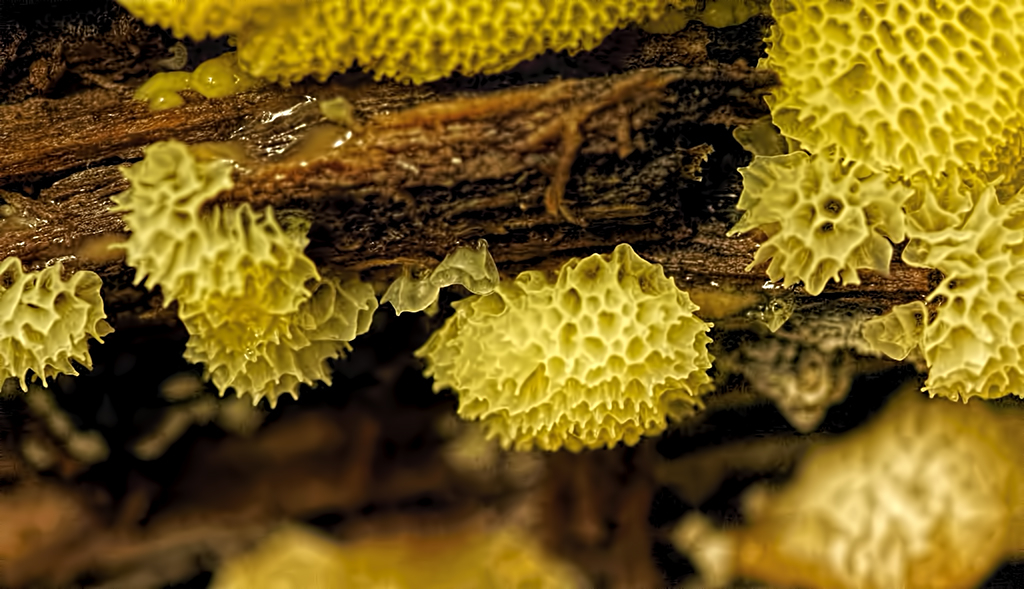 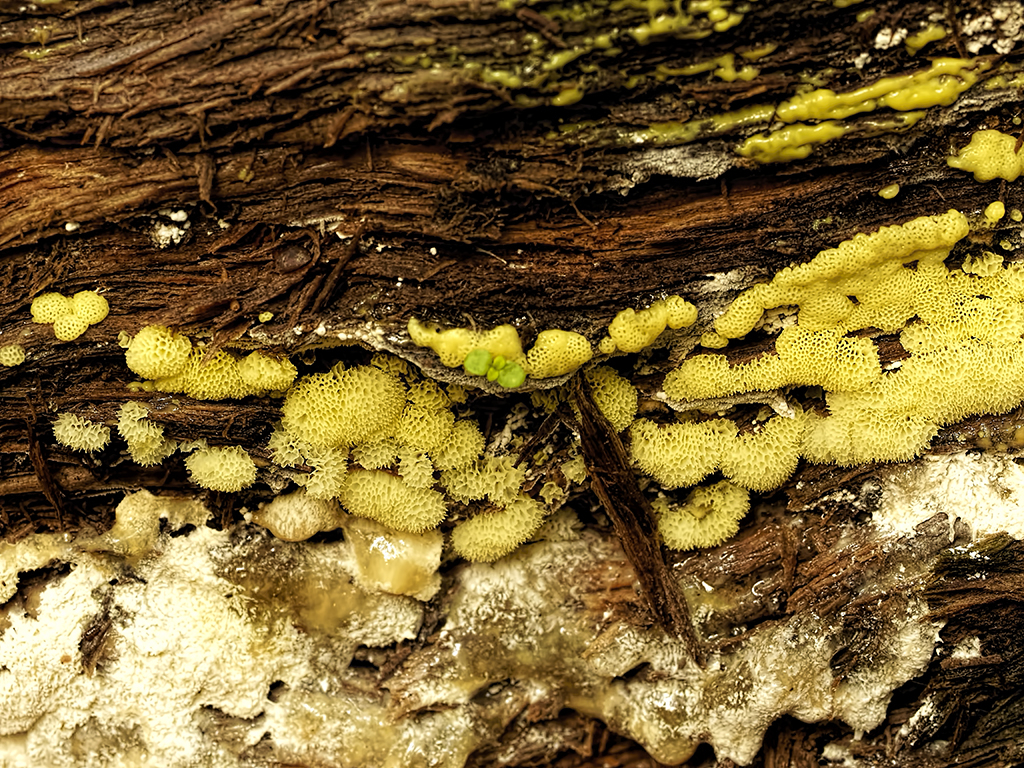 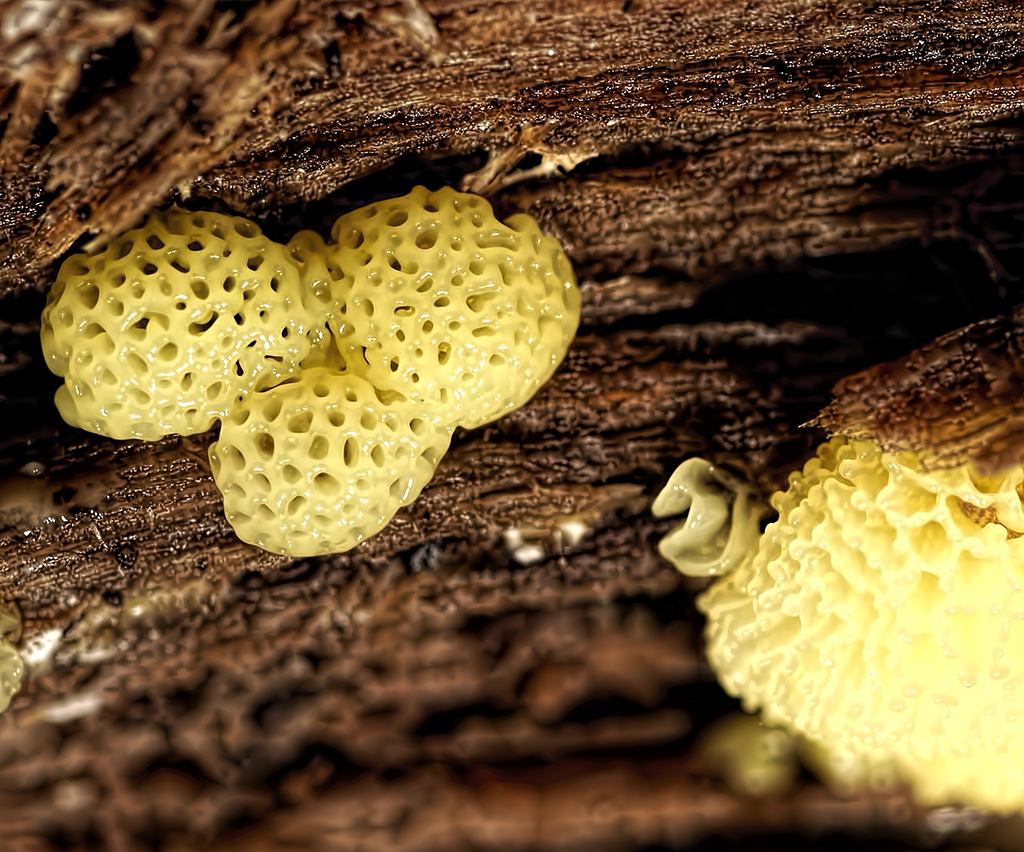