I have seen club fungi only about half a dozen times and this is the first time I have seen two species at the same locality. These were both even in about the same square meter.

They are both Typhula species (sometimes Macrotyphula), the larger one T. fistulosa, the smaller one T. juncea. The latter readily collapses when disturbed not standing upright again. 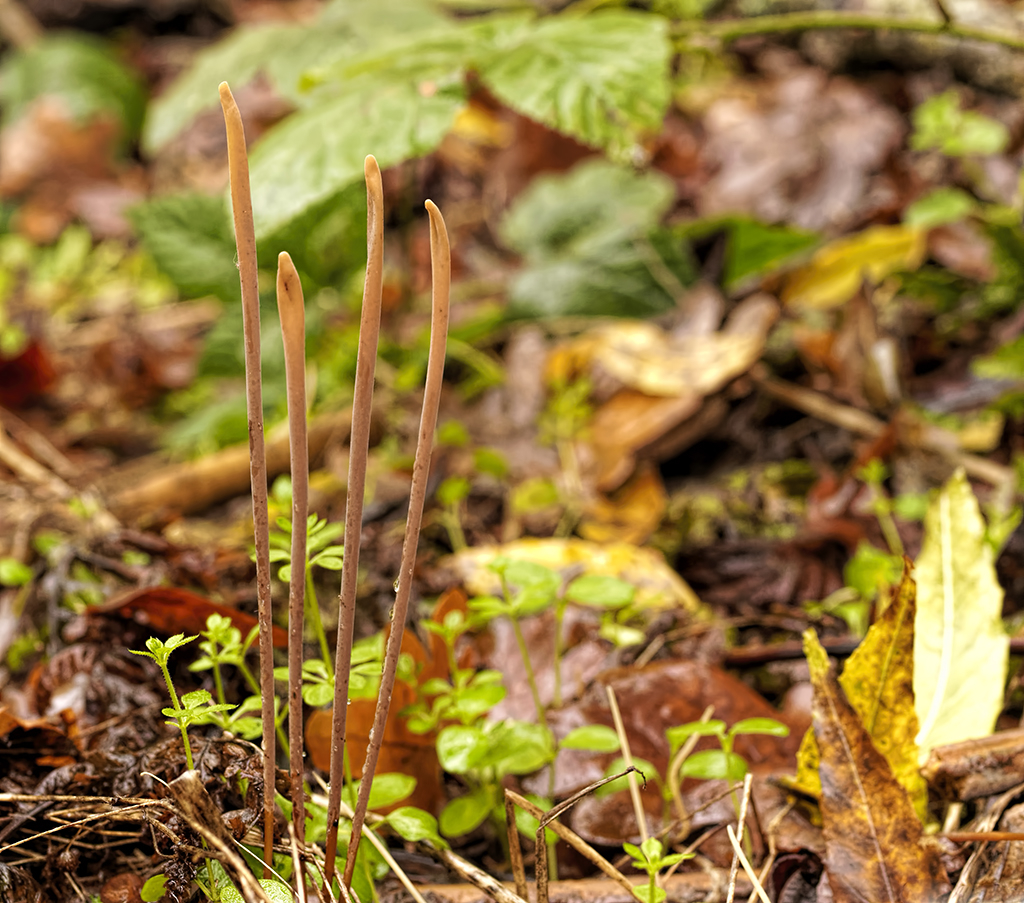 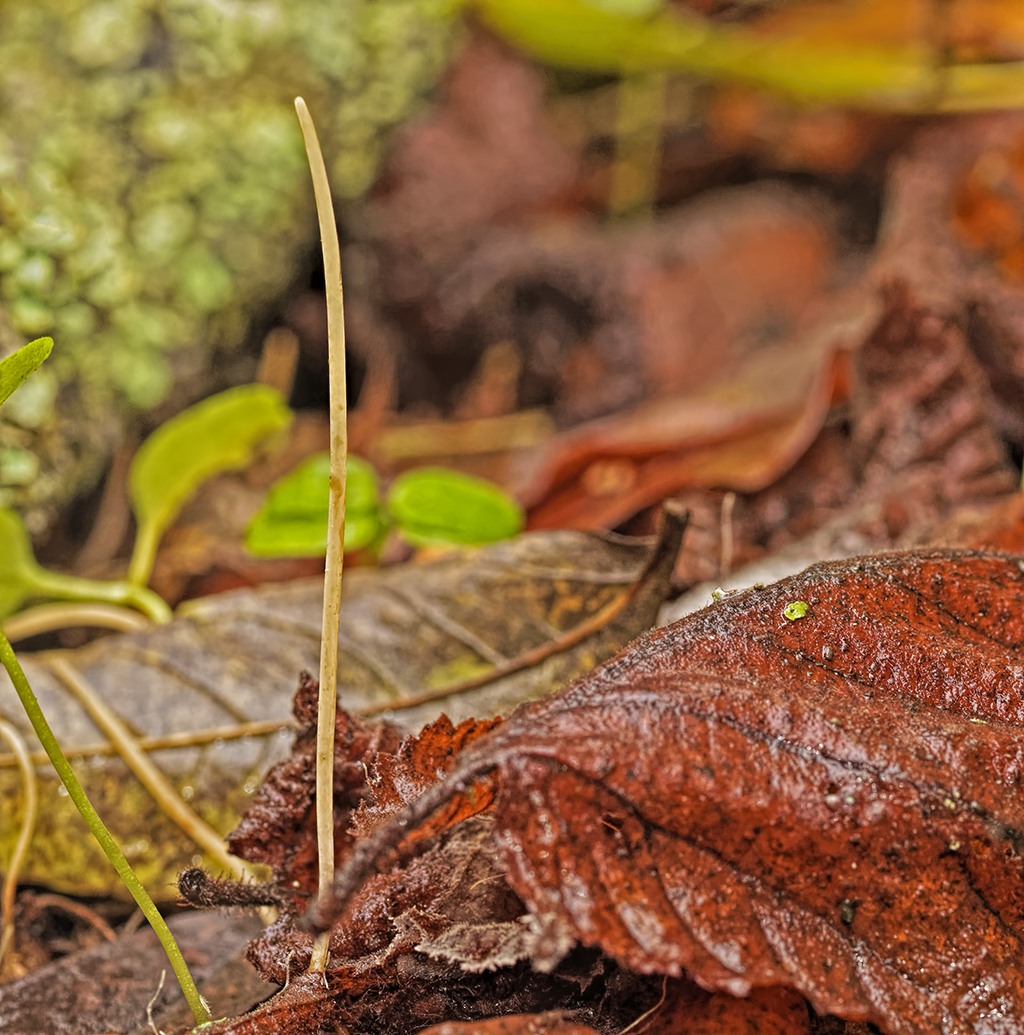 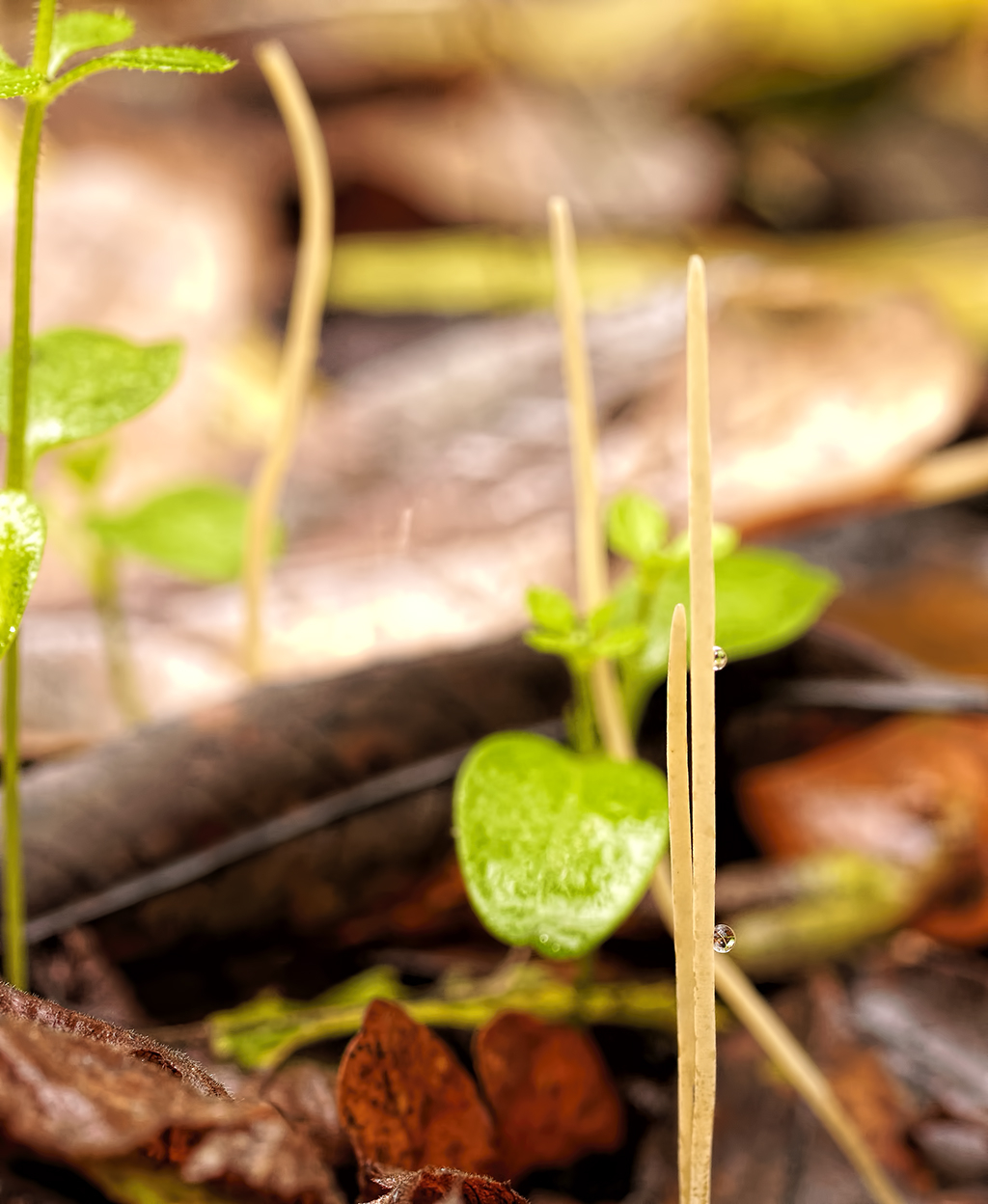