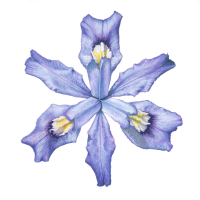 PROBLEM: Search is failing to be blocked for folders/galleries with settings "Web Searchable" and "SmugMug Searchable" = NO.

STATUS: I'm not sure when this changed, but I only noticed it a couple of weeks ago. It has been reported to the helpdesk, they confirmed it, and they have referred it to the QA team. I just wanted to alert other users who might be affected.

BACKGROUND: Most of my site is searchable but I have a section that I want to exclude. That branch was originally set up with a NO-searchable Public top folder (since I want everything in the branch to be visible via my navigation), and all sub-folders & sub-galleries inherited those settings. Worked perfectly, until recently. Remembering that folder/gallery Visibility (Public/Unlisted/Private) inheritance had been modified in November (see this), at first I wondered if Searchability inheritance might have been accidentally affected. But I checked every sub-folder and gallery and confirmed that all Searchability toggles were still off, before I reported the issue to the Helpdesk (who also suspected that change).