Everyone, thanks for participating in this challenge.

Cavalier: Jo, I really liked the pictures from Castle Air Force Museum. I was there myself in 2011 and was impressed with the size of some of those aircraft. The B-52 and B-36 are huge. Another nice museum is at March Airfield. There you can get up close to the aircraft and even in the bomb bays of the B-52 and B-29.

Slpollett: Sherry, the ribbons are something special. A great way to remember your dad.

grandmaR: Nice pictures. You usually have a lot of older ones. I always find these very interesting. The Arizona Memorial is impressive. When you think of how many young men died during that attack.

BMW Kurt: Interesting to see these. An aunt of mine lived in Germany near Büdingen. There were huge US kaserns there (Büdingen, Gelnhausen, …) When I was young and visiting my aunt, we used to watch the tanks roll through the streets. Helicopters fly over, and I even got to watch an A10 practicing between the hills in that area.

Moose135: Great pictures. The Corsair is one my favorite WWII-era airplanes (together with the P-51 and Spitfire) It’ sometimes difficult to follow these planes, especially the jets when performing at high speeds. I saw the Thunderbirds once in 2007 at the Fairford (UK) Airshow. Impressive performances. Changing of the guard is always impressive. The discipline these soldiers have is sometimes hard to believe.

DavidRGillespie: Dave, also some great pictures. Nicely done with the medals of your father. The helicopter in Abbotsford reminded of the time I spent in Canada in 1989. Drove 4 weeks through BC with my brother in a VW camper with German license plates. A friend of his lived in Langley BC. Visited Vancouver Island where a relative of ours took us to look at the “waterbombers”. Was in the area of Port Alberni. We went from Victoria to Port Hardy, Inside passage by ferry to Prince Rupert and back down via Banf to Vancouver. (We also passed through Chilliwack)

Pegelli: Pieter, very nice picture of the Louise-Marie in Antwerp. The war graves with the dark sky show the exact mood one has when visiting these cemeteries. There are lot of these in Flanders. I’m following the series about WWI on Belgian TV. One cannot believe the effort they did to kill each other.

Kurzvorzwoelf: Nice to see some equipment form the “East”. The Stalinorgel was a simple but deadly piece of equipment. An uncle of mine who fought in the east during WWII said it was the thing they feared most. (My mother was German and she had several brothers who had to serve during WWII. Of her 4 brothers, only one did not return. He went missing somewhere in former Yougoslavia.)

Now for the results. It was difficult picking some favorites, but here we go:

3rd place: GrandmaR with the Arizona Memorial in Pearl Harbour 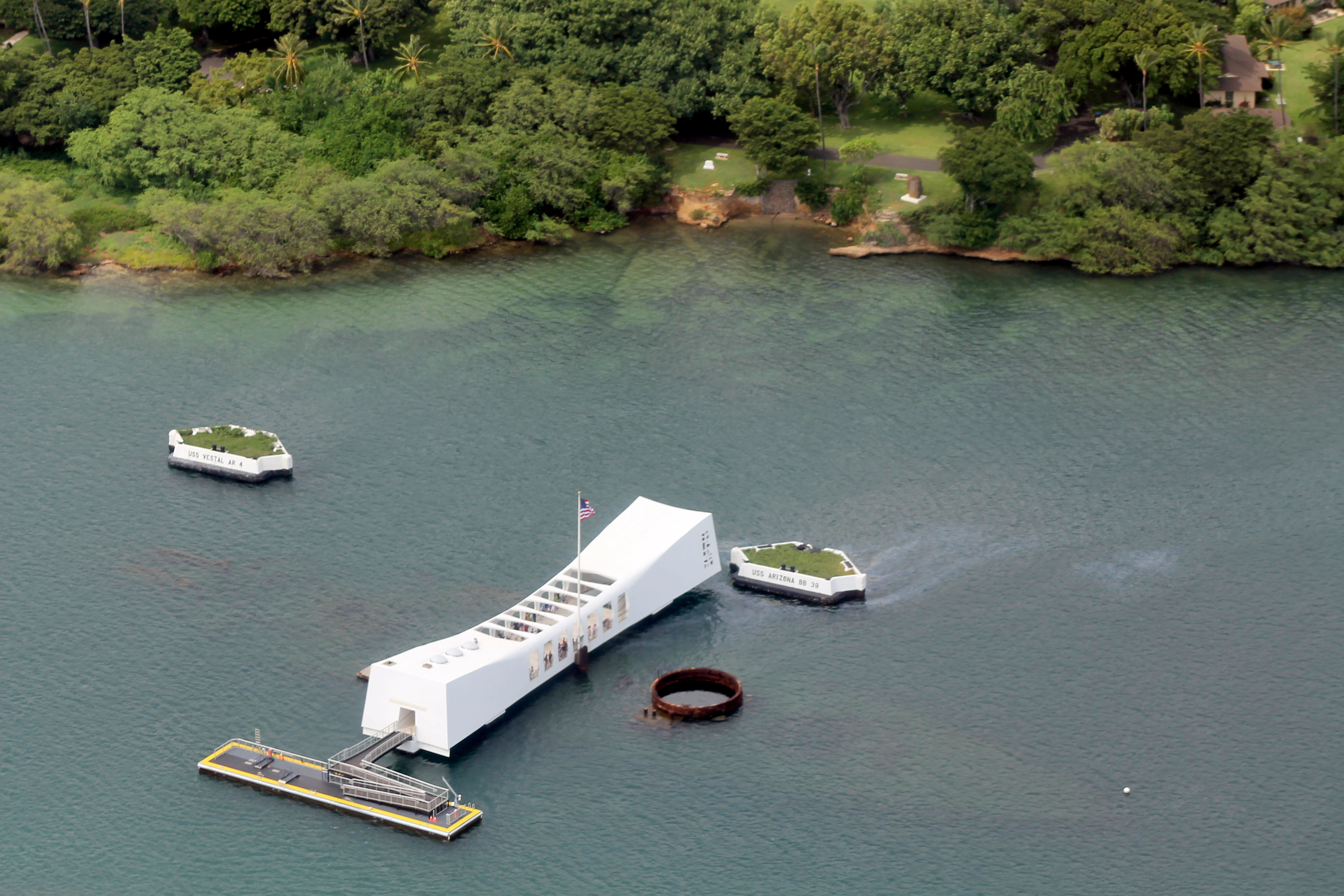 1st place: moose135 with Changing of the guard.