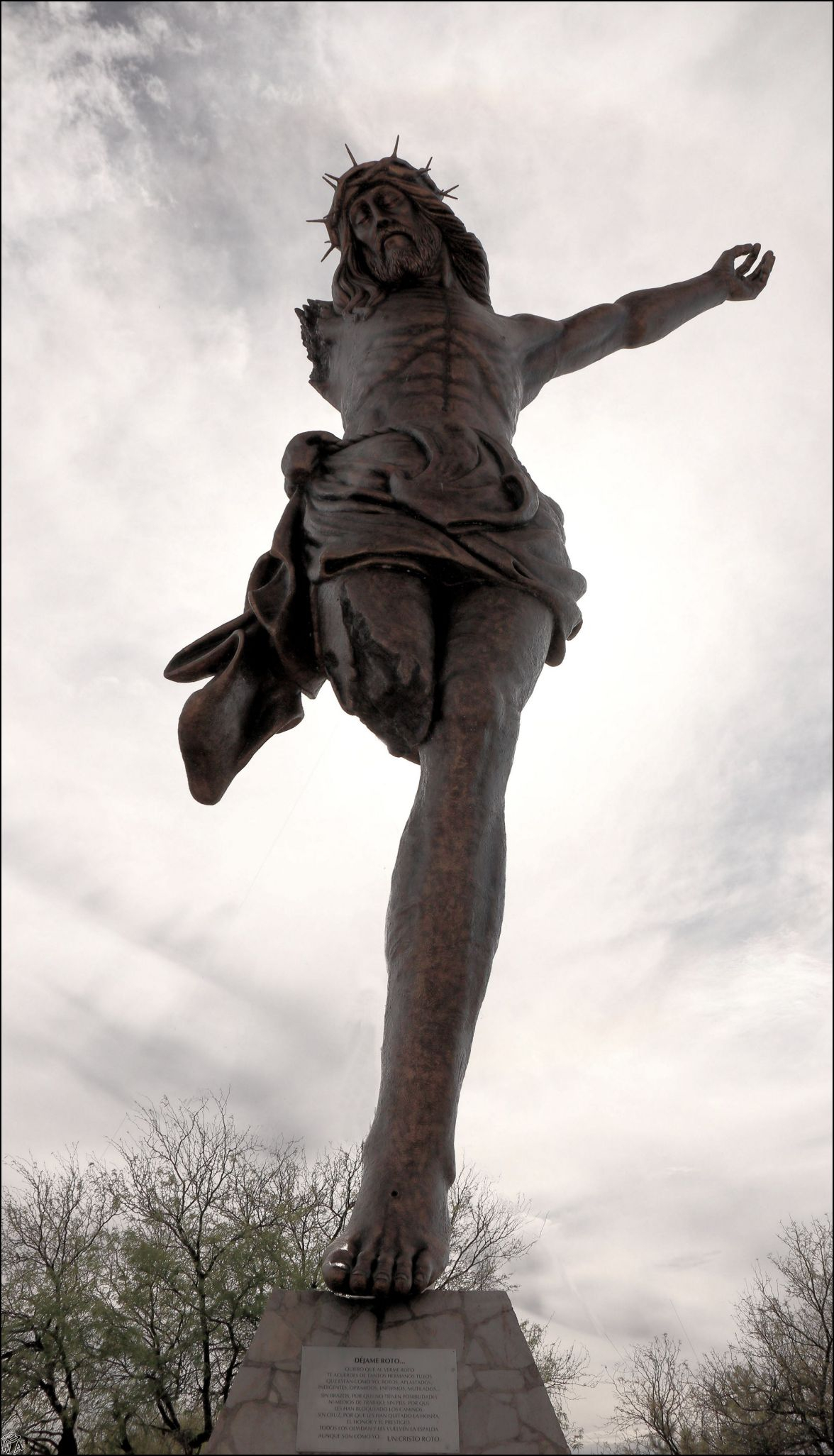 Local lore also speaks of a priest who found a broken crucifix and promised to have it fixed. The crucifix spoke to him and explained that its appearance would become a symbol for those who feel broken or lost. This story, as well as the exodus inspired Romo’s work.

Nowadays, the statue continues to be considered the savior of lost causes, and is a popular stop for many Mexican citizens crossing into the United States. It has also been the sight of faith healings. For those not particularly interested in the religiousness of the site, the dam and island are known for their amazing vistas of the semi-arid landscape of Central Mexico.

It is better to die on you feet than to live on your knees.....Emiliano Zapata
1