We tend to see one of these each year. This one was in our conservatory.

At no time was it other than difficult to photograph. At first it was in a recess around a window behind a large plant. I could only get the view in the first image. I suspected that trying to get a better angle would disturb it, which it did. It them flew up to near the roof. This meant I had to rely on viewing in the rear screen and using AF, neither of which I normally use, and I had to stand on a "bar stool" for some. The images are not all as sharp as I would like and several could not be used because using the camera at arm's length meant they were no entirely in the frame.

This is one of the largest UK moths, wingspan up to 75mm. 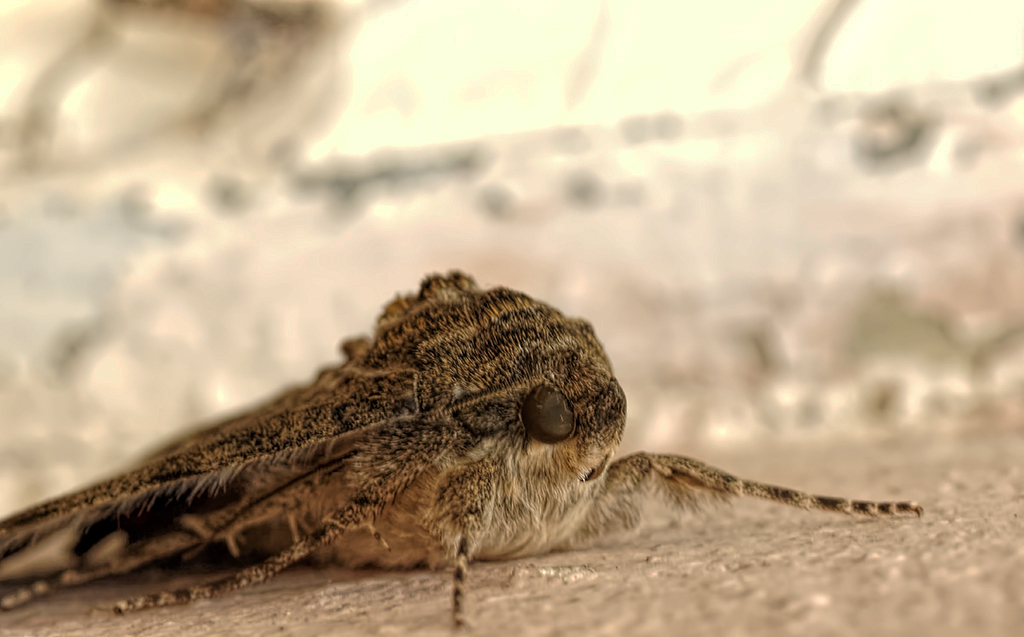 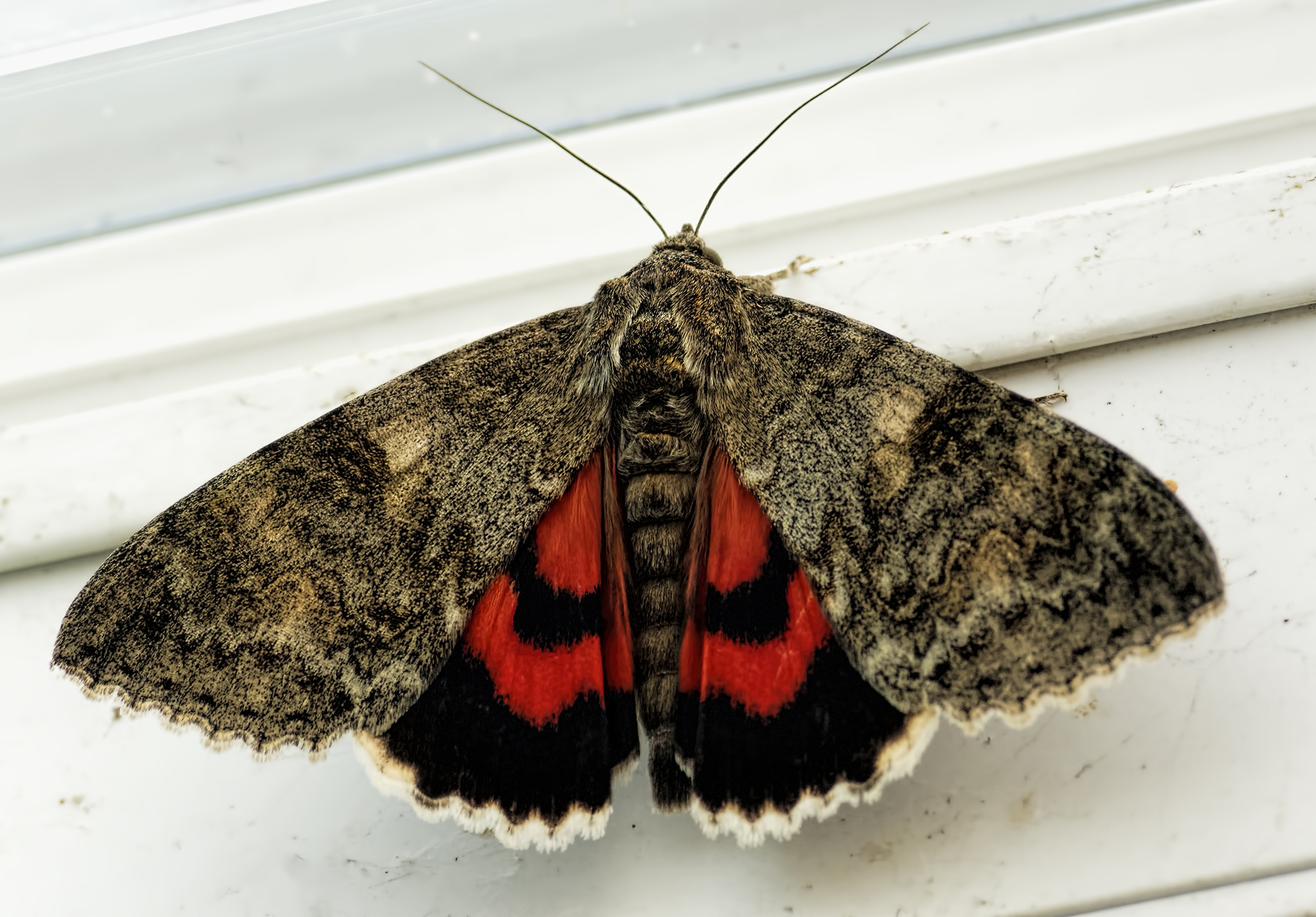 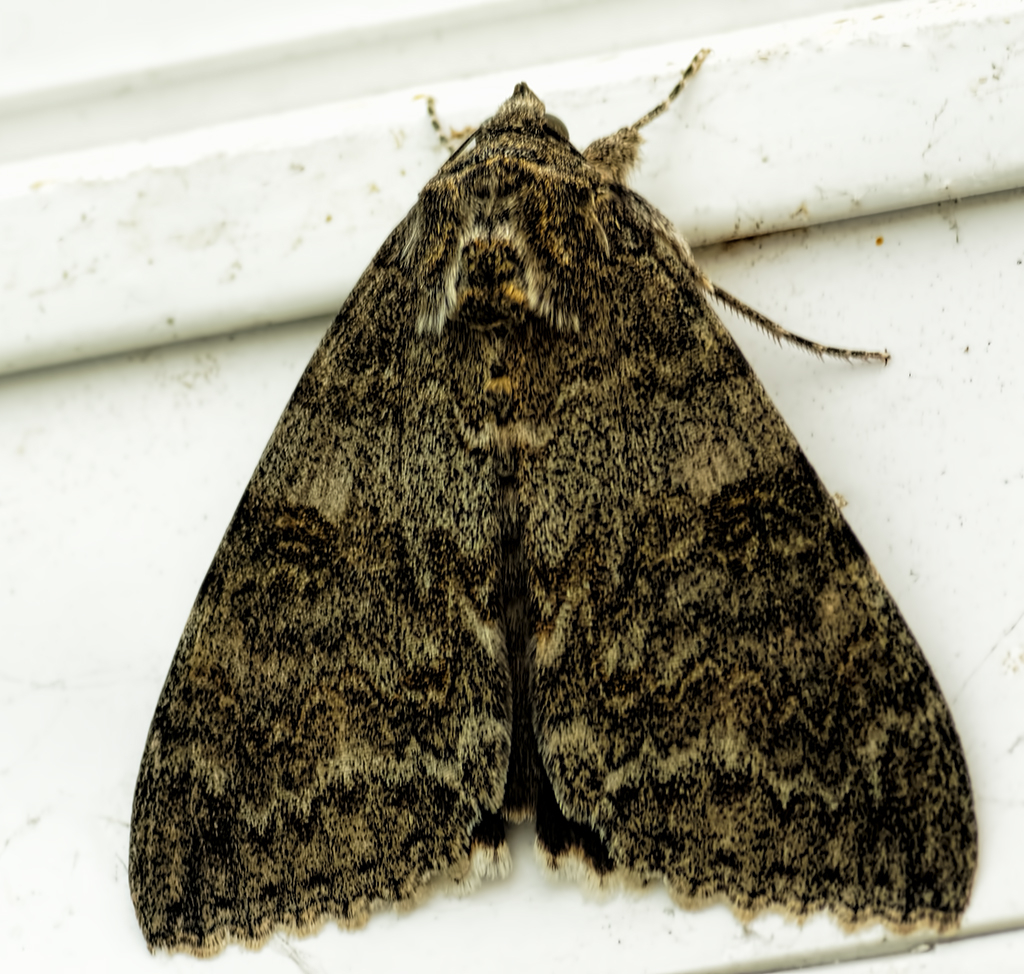