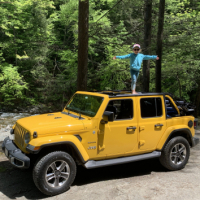 DoctorIt vrooom!Administrators Posts: 11,947 moderator
September 9, 2007 edited September 26, 2007 in The Dgrin Challenges
Here are the judges critiques/comments which I received via PM. I'm sure Shay will be posting his sometime this week, and I'll do my best to give some of my own comments as well.

#4 - post#5 - Greensquared - The Swheat Life
(Good rendering. Almost looks like a painting could be made of this from this location or from this print. To bad the branch is in front of the wheel on the right.)